“I truly thank you,” said Graddy in a brief speech in front of his restaurant to roughly 100 people on Saturday afternoon. “I will never stop being grateful for what you’ve all done for me today.”

Speakers described Graddy as “humble.” Indeed, when councilwoman Lilisa Mimms contacted him for a list of his accomplishments to include in the street naming resolution, he made no mention of his role in the civil rights movement.

Instead, Graddy focused on his successful business career.

“You’ve made a way for some many people. Today, we’re making a way for you,” said mayor Andre Sayegh. “We’re proud to celebrate our own.”

“You’ve helped so many people in the city,” said Cotton.

The city should “never forget people like” Graddy, said Mimms, who sponsored the resolution passed in March naming the two blocks after Graddy.

“I believe in giving flowers while you can smell them,” said Mimms. She said she wanted to give him a “sweat-less victory.” 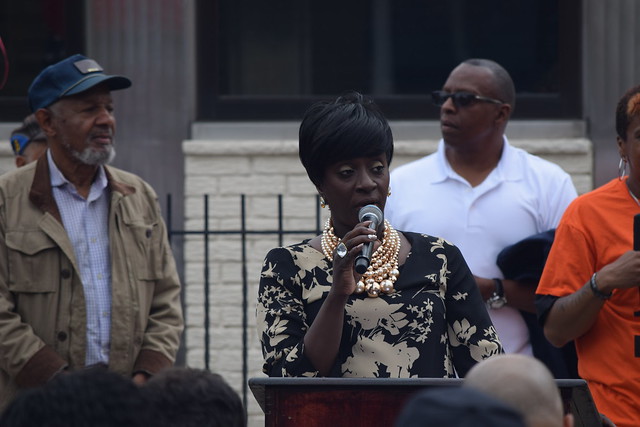