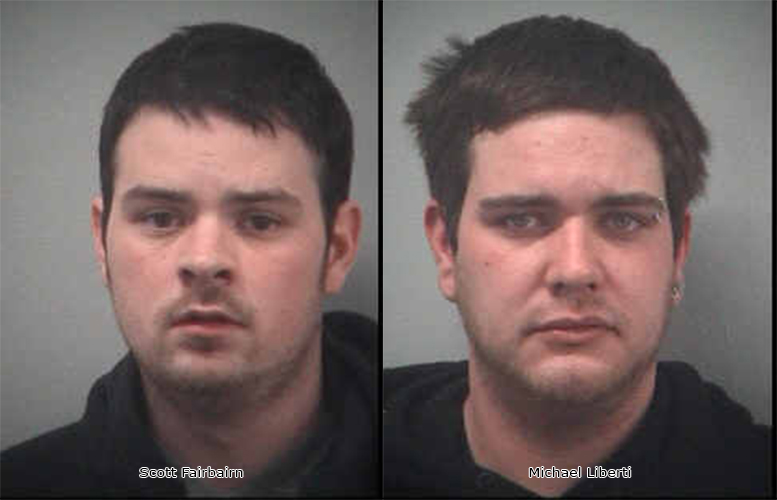 Two men were arrested on Monday after detectives observed one driving and the other snorting heroin in the passenger seat while the vehicle traveled on Wayne Avenue, announced the Passaic County Sheriff’s Office.

Michael Liberti, 29, and Scott Fairbairn, 28, both resident of Hopatcong, were spotted inside a vehicle that passed through Wayne Avenue near McBride Avenue. Detectives, who had setup surveillance in the area, observed Liberti –sitting in the passenger seat – snorting powder heroin while Fairbairn drove the Ford Taurus.

Fairbairn had a syringe in his hand while driving the vehicle, presumably he was shooting up.

Sheriff’s officers conducted a motor vehicle stop, and found 47 glassine envelopes of heroin in possession of the two suspects. The estimated street value of the bags are estimated to be $500, according to Richard Berdnik, the Passaic County Sheriff.

“Fairbairn was also found to have an outstanding criminal warrant out of Rockaway for $1,000,” said Berdnik in a statement. “Fairbairn was turned over to the Rockaway Police Department and Liberti was scheduled a court appearance.”