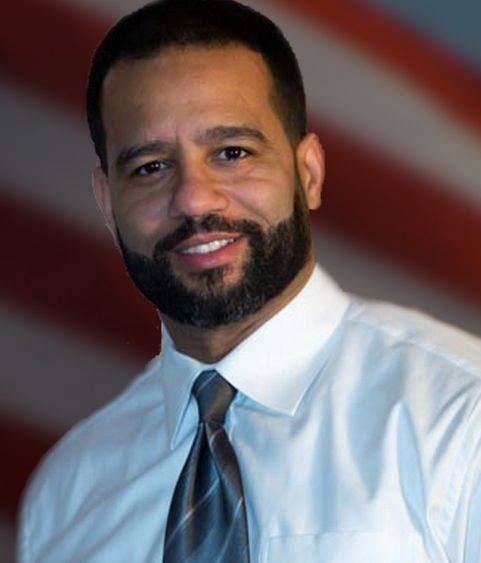 Opponents of Michael Jackson, council at-large candidates, expressed their sympathies for the businessman who has filed for Chapter 11 bankruptcy after defaulting on a $140,000 city loan two months after obtaining it.

“I just feel bad for him,” said Bernard Jones, who is running against Jackson in the city’s May election. Jones is not alone in feeling bad for Jackson, who is the owner of Jacksonville, a restaurant on Grand Street, others expressed similar sentiments.

Kenneth Morris, incumbent, who advocated for Jackson during the council vote approving the loan, said he hoped the default does not become a “distraction” as Jackson seeks political office.

“It’s unfortunate to hear that Mr. Jackson is experiencing financial trouble,” said Kenneth McDaniel, incumbent. “I pray that he’ll be able to address his financial challenges in due time.”

Maritza Davila said she did not know enough to comment on Jackson’s default. “At this time I don’t have a comment because I don’t comment on things I really don’t know about,” said Davila.

Alex Mendez stated he was not fully familiar with all the detail and had to reserve his comments. `I don’t have any comments on that I’m not fully aware of the situation,” said Mendez.

Not every candidate was sympathetic to Jackson’s troubles. Jackson, who has been running touting his business success at candidate forums, appears to be fibbing to voters, said Haytham Younes. “You should respect the audience when you’re speaking in front of people,” said Younes.

Younes said with the recent revelation Jackson does not qualify to run for council to be one of the nine individuals who control the city’s purse strings. “He should respect the residents and voters and quit,” said Younes.

Jackson explained during the initial interview that his default had a great deal to do with the financial climate of 2009 when the great recession reduced customers to his establishment.

Jackson said the Paterson Restoration Corporation which issued the loan was slow to disburse money; however, then chairman of the corporation said all the money was given at once during closing when the corporation usually handed the borrower a check for the entire amount.

“The only reason I filed for bankruptcy was because Daniel Kleeman tried to foreclose on me,” said Jackson. Kleeman, lawyer for the corporation, began “vigorously” chasing Jackson through legal channels after he defaulted on the loan in March 2010, two months after the loan was approved.

“I am a strong supporter of Mr. Jackson and his beautiful establishment in Paterson,” said McDaniel.

When asked how Jackson’s electability will be affected by his failure to repay the city loan, McDaniel said, “Voters in many instances don’t vote on candidate’s abilities and records and things of that nature.”

Political strategists have said Jackson’s financial woes do little to help his cause as he seeks to grab one of the three available council seats on May 13th, 2014.

Jackson said bankruptcy is part of business citing Donald Trump as an example. He said voters will see him as someone who has gone through the process and managed to preserve his business. “I have the experience of going through that process and being able to maintain in spite of it all,” said Jackson.

Council candidate Eddie Gonzalez could not be reached for comment.