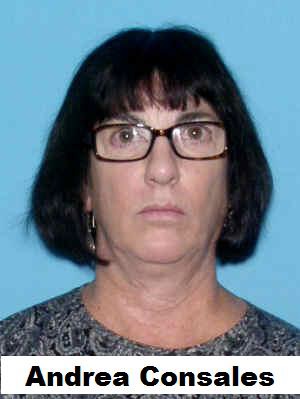 A city woman was charged earlier today with the February murder of her boyfriend, announced the Passaic County Prosecutor’s Office.

On February 14, 2014 at around 3 a.m., an ambulance responded to Consales’ home to find her boyfriend was on the living room floor suffering from a blunt force injury.

Giovanni Iuliano, 44-year-old was “lying on the living room floor with significant blunt force injuries,” authorities said. Iuliano was rushed to St. Joseph’s Regional Medical Center for treatment where he succumbed to his injuries.

“Due to the nature of the injuries, personnel from the Medical Examiner’s office contacted Detectives at the Paterson Police Department who initiated an investigation,” authorities said. The policed launched an investigation that resulted in the identification of Consales as the perpetrator of Iuliano’s murder.

Bail is set to be around $1,500,000 full cash bail after Consales’ initial court appearance before a superior court judge, authorities said.

Consales is likely to get from 30-year sentence to life in prison with no parole until 85% of her term is completed, according to authorities.