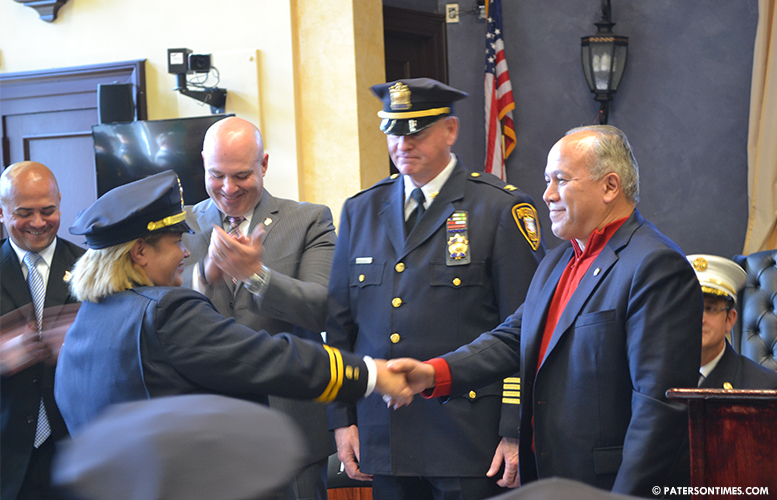 More than a dozen public safety – fire and police – employees were promoted to higher ranks during a ceremony inside the city council chamber on Monday morning.

Among those promoted was Lourdes Phelan (pictured), who became the first woman police captain in the city police department’s 222-year history. “The first female, Hispanic, Puerto Rican to break through the glass ceiling,” said mayor Jose “Joey” Torres to the cheers of an overfilled chamber. Phelan joined the city’s police in 1996, according to city records.

“Today, you have the legitimate authority to command people to do things,” said William Fraher, acting police chief, “but, it’s a very poor way of leadership. The best style of leadership is reverent leadership where people look up to you because of who you are not what your rank is.”

Torres, who said this was the first time the city held its fire and police promotional ceremony at the same event, administered oath to the promoted public safety employees as family members snapped photographs.