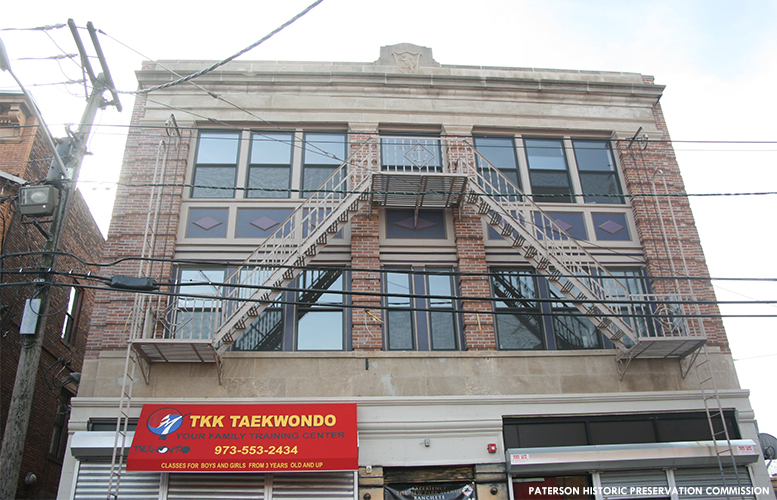 The Jersey City based real estate company Novus Equities restored a circa 1910 building on Park Avenue earning praise and an award from the city’s Historic Preservation Commission earlier in the year.

Scott Seale, principal of the company, said the former owner of 38-40 Park Avenue incidentally ran into him on block after the company had finished restoring a supermarket across the street. Already a property holder on Park Avenue, Seale received a tour of the building from the owner, who made known his wish to get rid of the building.

“You walk up these stairs and it’s like you are walking back in time,” recalled Seale of that tour. “You could see all the beautiful details, the curved ceiling, skylight.”

Although the skylight was buried under pigeon droppings, Seale did not fail to see the beauty of the building. Seale describes the structure as a turn of the country Italianate style building. His company purchased the boarded up tumbledown building and began renovation.

“There was a lot of structural work, new beams, limestone, we had to do a lot of expensive restoration work,” said Seale. He estimates the cost ranged in the hundreds of thousands of dollars.

“Even the rod iron work, if you look at the facade, the fire escape, that’s gorgeous, it’s got a crest on it,” added Seale. “We tried to keep it as close architecturally to what it was before.”

Before: A neglected, sooty building with boarded up top unit. After: A clean, faithfully restored structure.

Before the building fell into neglect it was used primarily as a social club of sort for newly arrived Italian immigrants to the city, according to historic preservation officials. The restored building continues the tradition today.

Situated in the 5th Ward, with an exploding Dominican-American population, the building’s main hall on the second floor, is again being utilized as a social club by newly arrived immigrants: this time those arriving from the Dominican Republic.

The social club, Ranchete, occupies the second floor; a small cargo shipping company takes up one of the two retail spaces on the first floor; a martial arts studio takes up the second retail space on the ground floor.

The company’s restoration did not go unnoticed or unappreciated. In October of this year, Seale accepted the Stewardship Award from the commission on behalf of the company. The award recognized Seale and the company for their commitment to preserve city history.

Seale, who renovates buildings throughout urban northern New Jersey, said the city boasts some of the best architecture in the state. “There’s so many magnificent building in the city,” added Seale after saying he was thrilled to have been recognized by the city for the restoration project.

“Preserving the building was the right thing to do,” said Seale.