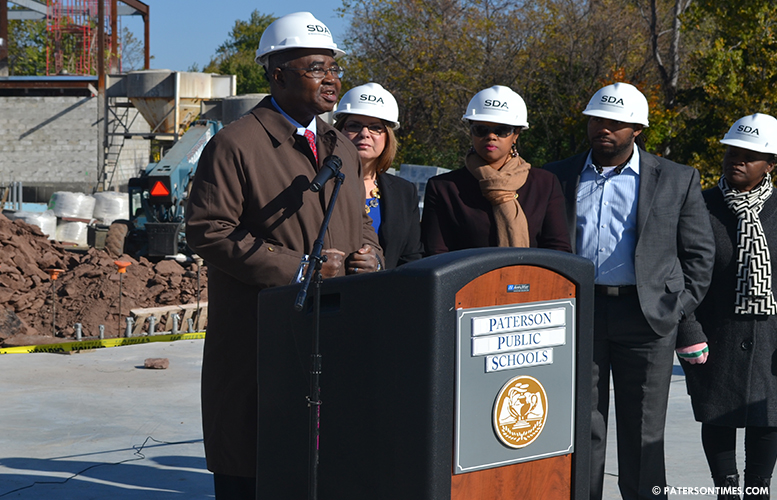 Under criticism for laying off more than 300 school employees — majority of them teachers — state-appointed school superintendent Donnie Evans said he intends to significantly downsize the city’s school district office.

Evans mentioned a two-week time during which he will go through the district’s organizational chart to determine which positions will be cut.

He would not mention a figure as to how much the district would save from the reductions. “It’s going to be significant,” said Evans.

The cuts may take place during the summer, said Terry Corallo, spokesperson for the district. She said the superintendent is still reviewing what’s to be cut. The district does not have the same timeline as teachers who must be notified by May 15th, she said.

Earlier in the year, Evans squeezed $4.5 million in savings from the district office. After that reduction, 17 additional positions were cut from the central office.

Errol Kerr, school board member, said Thursday evening, he’s not sure where savings will come from considering the previous reductions.

“There’s nobody left there to cut to any significant degree to generate any sizable savings,” said Kerr, who chairs the board’s fiscal committee. He said he is very concerned about the new plan to further reduce the district office, saying, “After a while you start cutting into the bones and tendons and tissues and then you totally dismantle the system.”

Teachers, students, and parents scolded Evans on Wednesday evening for laying off 335 school employees. One teacher, John McEntee, who is seeking to take charge of the Paterson Education Association, the teachers union, described the central office as the “Delaware Avenue yacht club.”

Kerr said teachers often use the central office as a punching bag to let out frustration and anger. He said school administrators in other districts make much more money than they do in the city.  “To say those people are overpaid and all of that stuff doesn’t make sense,” said Kerr. “If you want people of certain caliber to do a certain work you have to pay them.”

Mimms on Thursday said she did not have enough details to comment on the impending cuts at the district office, but called for a comprehensive review before laying off more employees.

Correction: A previous version of this report stated 17-18 positions will be reduced, when in fact, 17 positions were cut beyond the $4.5 million reduction.