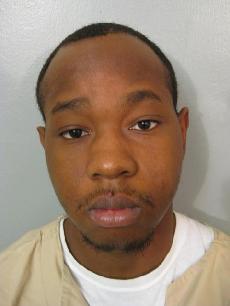 Responding to a call of a man with a gun inside a white Nissan, city police officers arrested 26-year-old William Gibbons in front of 264 Rosa Parks Boulevard on Saturday afternoon, said police director Jerry Speziale.

Gibbons was charged with gun and drug possession, said the director. He was arrested at about 3:25 p.m. by officers G. Ciarla and E. Goenaga. The director said the two officers located the suspect and the vehicle that matched the description obtained through a caller.

Officers approached the vehicle, Gibbons exited the car, and began to walk away. The officers conducted a field interview and observed a 9 mm round inside the vehicle. At the center of the car’s console they saw the grip of a black handgun, said the director.

Sergeant Kelly Hemming, crime science investigation (CSI), and detectives responded to further investigate. A loaded 9 mm black Ruger handgun was recovered from inside the vehicle whose keys Gibbons had in his possession, said the director.

Gibbons was charged and arrested. Police found three bags of marijuana inside the car, said the director. The vehicle was towed.

Gibbons was released from the Mountainview Youth Correctional Facility on December 7th, 2012, after serving time for drug dealing on school property, aggravated assault, and gun possession, according to state record.

The charges stemmed from encounters with law enforcement in 2008. Gibbons was 18 at the time.

“Everyone involved in this incident played an integral part and the teamwork removed another dangerous weapon from our streets,” said Speziale. “I commend the officers for their dedication and pursuit in achieving a safer community.”