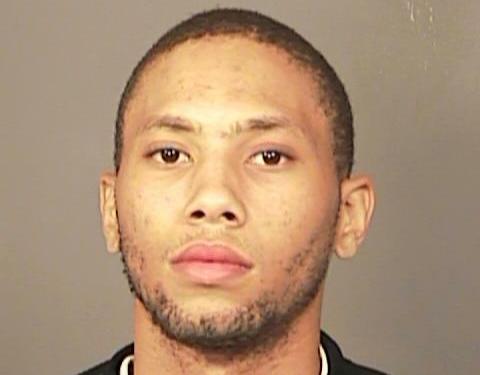 A 28-year-old city man has been charged with aggravated assault and weapons offenses for shooting a woman in the leg, according to police.

Nigel Everett gave himself up to detectives from the New Jersey Bureau of Parole on Thursday afternoon, according to police. He was turned over to the city’s Ceasefire Unit and is presently being detained in police lockup pending court proceedings, said police.

Everett allegedly wounded a 28-year-old city woman in the leg at about 2 a.m. on Tuesday. The victim told police she was shot on Haledon Avenue near North 7th Street. She arrived at St. Joseph’s Regional Medical Center via private vehicle for treatment, according to police.

Ceasefire detectives Rolando Polio and Passaic County Prosecutor’s Office detective Michael Boone conducted an investigation which identified Everett as the alleged actor in the incident, according to police.

Police said Everett has also been charged with certain person not to have weapons. He was convicted of manslaughter charge on January 7th, 2011 for a crime he committed on June 8th, 2006. He was given a 10-year sentence, but was released from custody on May 9th, 2015, according to state records.

“The coordination between state parole and our Ceasefire Unit is what led to this successful arrest,” said police director Jerry Speziale.