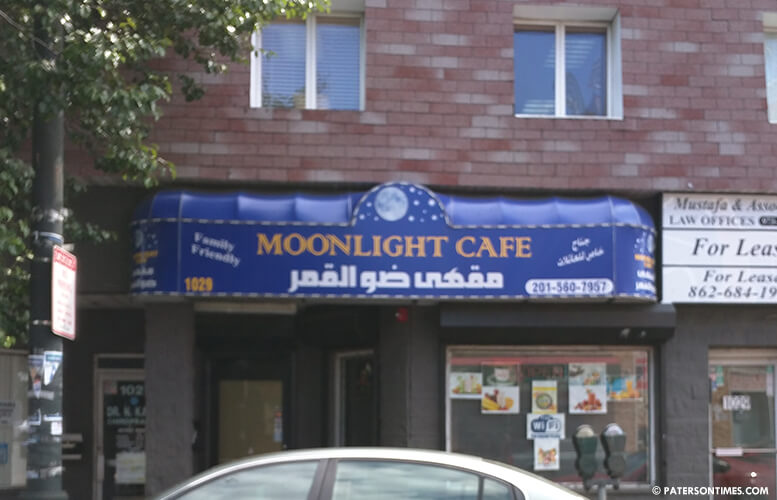 The owner of a troubled South Paterson nightclub was arrested on Monday night as police officers cracked down on his Main Street establishment due to large number of resident complaints.

City resident Ali Mahdi, 49, who owns the establishment, was arrested on an outstanding warrant, according to police. His establishment, the Moonlight Café, located at 1029 Main Street, has been a constant source of quality of life problems in the neighborhood, said councilman Andre Sayegh.

“Their certificate of occupancy was revoked. They were stubborn. They continued to open flouting the law,” said Sayegh, who represents the 6th Ward, where the nightclub is located. “These are bunch of scofflaws. Enough is enough.”

Indeed, the establishment has been causing problems in the neighborhood going back to New Year’s Eve.

Speziale said 27 hookah pipes, 13 tops, 2 hoses, a cash register, glass hookah tops, a coal pot, and a credit card machine were seized from the location. He said when police responded to the location a strange scene unfolded.

Police officers attempted to determine the owner and employees, but none of the individuals at the location would accept responsibility for operating an allegedly illegal nightclub. Some time later, at midnight, the owner emerged and police arrested him on an outstanding warrant.

Mahdi absolved himself of all responsibilities telling police he was not involved. The director said police have been playing a cat and mouse game with the establishment over the past six months. He said police would respond, the music would stop for an hour, only to resume.

Police responded 10 times during Memorial Day weekend, said the director. He said when police have to repeatedly respond to a single location it shifts police resources from much more important assignments.

Speziale said there were some at the location who were moving hot coal between cars. He said the situation could have quickly resulted in an explosion. Fire officials responded to the scene and extinguished the burning coal, said the director.

“Tom Rooney lives right there. His famous phrase is ‘Anything Goes in Paterson.’ That’s exactly the attitude this owner adopted. Well, anything doesn’t go anymore,” said Sayegh. He hopes a “reputable” restaurant emerges in place of the troublesome hookah lounge.