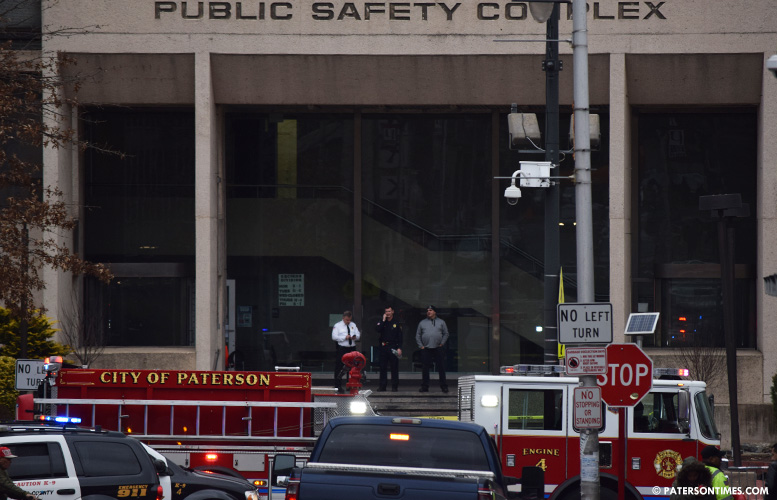 A bomb scare forced the evacuation of the Paterson Police Department headquarters on Monday afternoon.

The Passaic County Sheriff’s Office bomb squad and the Paterson Fire Department arrived at the scene at about 1:22 p.m. to investigate. Police and sheriff’s office personnel searched through the complex and determined the bomb threat to be non-credible.

“We had a verbal threat that said there was a bomb in the building,” said Speziale. “We took the necessary precautions.”

“Segments of the building was evacuated,” said Bill Maer, spokesman for the Passaic County Sheriff’s Office. He said the sheriff’s office defuses devices and deems whether a premises is safe. He said the investigation into circumstances relating to bomb threats are handled by police.

Speziale said the bomb threat is under investigation.