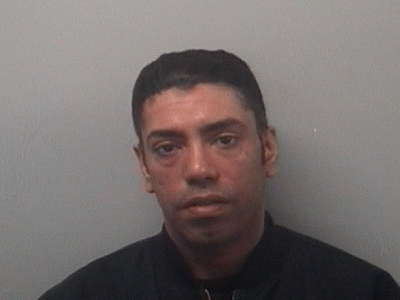 A city man allegedly caught driving on the wrong side of the road on Straight Street refused to stop when law enforcement officers attempted to pull him over in late January.

Ernesto Rodriguez, 40-year-old, made a speedy left turn on a red light onto Essex Street at around 5:25 p.m. on Thursday, January 26, 2017. Sheriff’s officers pulled him over at Essex and Madison streets. He got out of the silver Acura with his hands in his pocket wearing a mechanic’s jacket.

Officers Michael Spadafora and Jasmine Currie ordered him to get back in his vehicle. He did, but then suddenly sped off on Essex Street and onto Summer Street without regard for a stop sign, Passaic County Sheriff Richard Berdnik said.

Spadafora and Currie chased Rodriguez until he disregarded another stop sign while making a turn on Cedar Street hitting a maroon Jeep.

Rodriguez got out of the car and ran into Roberto Clemente Park with Spadafora chasing behind him. The officer lost sight of Rodriguez. Authorities conducted an investigation and identified Rodriguez as the operator of the vehicle to lead officers on a chase.

Berdnik said Rodriguez turned himself in on Thursday. He was charged with eluding, unlawful taking of a vehicle, and obstruction. Authorities said he had an outstanding traffic warrant out of Paterson.