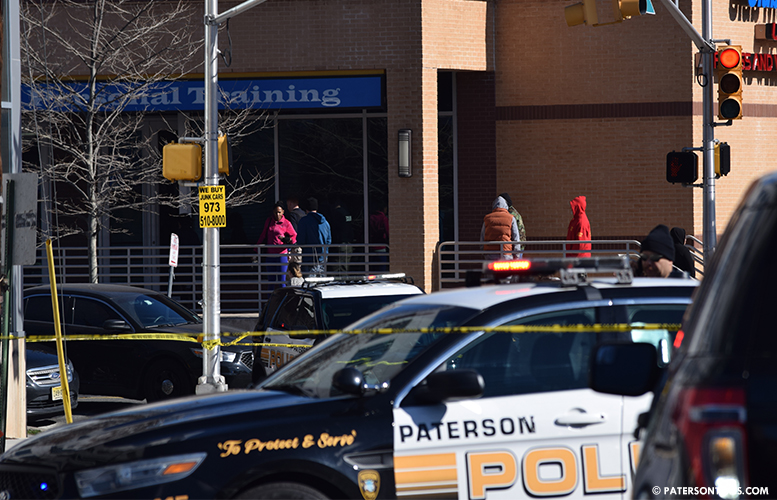 The Passaic County Prosecutor’s Office is on the scene of a police-involved shooting on Main Street in Paterson on Thursday morning.

A police officer shot a suspect at around 9:30 a.m. on Main and Levine streets. Ambulance rushed the wounded man to St. Joseph’s Regional Medical Center for treatment.

One civilian sustained injuries and is receiving medical treatment, said Passaic County Prosecutor Camelia Valdes’s office. No other injuries have been reported, said her office.

Police officers responded to the location on report of a suspect with a large knife just before the shooting. Police director Jerry Speziale said police shootings are under the purview of the county prosecutor’s office which is “handling the matter.”

Authorities said the scene has been secured and the investigation into the incident is ongoing.

Vehicular traffic in that section of Main Street has been shutdown as authorities investigate the incident.