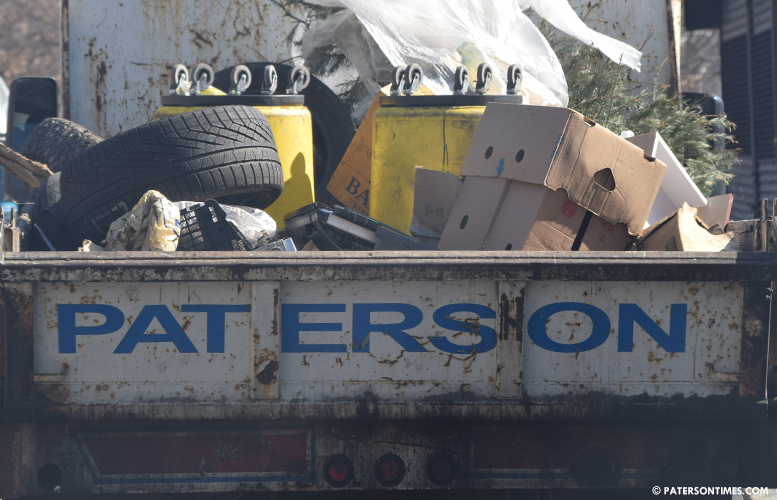 After a report surfaced alleging corruption at the city’s tire recycling program, mayor Jose “Joey” Torres has proposed to double tire fees and pull the city out of taking tires directly from local tire shops and mechanics.

“We collect a dollar for a tire, but pay two dollars to dispose of it,” said Torres. He presented two measures to the city council to update a more than decade old ordinance that set a $1 collection fee for tires and wanted to modify the contract with Gaeta Recycling, the company that accepts the tires from the city.

The ordinance update doubles all the fees. $2 for rimless passenger tire from the current $1; $10 for tire with rim from $5; $10 for truck tires rimless or not from current $5, according to the ordinance.

Paterson residents will continue to be able to drop off 4 rimless passenger tires per household per year at no charge. This provision remains in place to discourage residents from improperly disposing of tires.

“It takes us out of the tire recycling business,” said Torres of the two measures. He said businesses wishing to drop off tires can directly take them to Gaeta Recycling rather than dropping them off at the city yard. “We don’t have to be the middleman to support tire businesses any longer. We’re giving tire businesses the opportunity to piggyback off our contract so they get the benefit of the lower rate to dispose of their tires,” he said.

Both measures were presented to the city council on Tuesday night. Council members had to take an unanimous vote to add the items to the meeting agenda before taking action. Alex Mendez, councilman at-large, firmly opposed adding the two items to the agenda.

“What is the intention?” asked Mendez on Tuesday night. “I’d need to have a better discussion. I think this legislation is connected to the case.”

The investigative news report by NBC New York stated the city’s tire recycling program collected just $3,746 in fees from December 2016 through January 2017, but ended up paying $20,332 to dispose of the tires at a big loss to taxpayers.

“No one wants to be in a business where they are losing money,” said Kenneth Morris, councilman at-large, on Thursday afternoon. “I definitely think it’s a reasonable approach.” Morris, who is the chairman of the finance committee, was not present during Tuesday’s meeting. He has been away on a business trip.

City clerk Sonia Gordon erroneously denied access to both the ordinance and the resolution – four pages of documents – to the Paterson Times. She cited the measure having failed to get on the agenda to deny access.

New Jersey law is unambiguous in stating all government records are open to the public unless an executive order or another law specifically limits access to specific documents. When the denial was brought up with law director Domenick Stampone. He provided copies of both the ordinance and the resolution.

Less than an hour before blocking the two tire recycling program reform measures, Mendez expressed concerns about the city’s solid waste expenses when the council was acting on adopting its fiscal year 2017 budget. Paterson budgeted $9.18 million for solid waste in fiscal year 2017 budget up from $7.13 million the previous year, according to city records. He wanted to find ways to reduce solid waste expenses the city incurs every year, but when offered the opportunity to double the fees to bring in more revenue he appeared to have abdicated.

“Doing nothing means we still pay more to dispose of it than we take in,” Torres told Mendez and other council members. “There’s an urgency. It has to do with wasting more taxpayer dollars.” He said if no actions are taken the city continues to take in $1 and pay out $2.

Mendez said he needed more time to consider the ordinance and resolution both of which were a total of four pages.

“We’ll pay thousands of dollars more this week for tires. I’ll send the bill to councilman Mendez,” remarked Torres when both measures failed to make it on to the agenda.