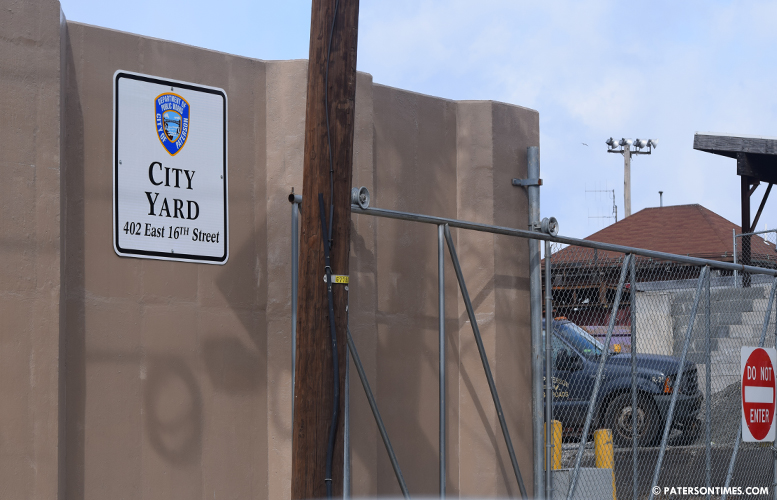 “Effective immediately and until further notice, the Paterson City Yard on E. 16th Street will no longer accept truck or passenger automobile tires for the purpose of recycling from either residents or City commercial establishment,” read the executive order issued late Friday.

Torres’ order states the allegations raised by an NBC New York broadcast “require immediate and responsive action” from the municipal government. The report citing anonymous city employees asserted some municipal workers were accepting bribes from tire businesses and allowing them to dump large number of tires at the East 16th Street yard.

The report stated taxpayers were subsidizing tire businesses. The city’s tire recycling program collected just $3,746 in fees from December 2016 through January 2017, but ended up paying $20,332 to dispose of the tires at a big loss to taxpayers, according to the report.

Torres proposed doubling the fees for the recycling program: $2 for rimless passenger tire from the current $1; $10 for tire with rim from $5; $10 for truck tires rimless or not from current $5, according to an ordinance presented to the council on Tuesday night. He also presented a second measure to amend the contract with Gaeta Recycling to allow tire shops to directly take their scrap tires to the recycling company at the lower cost the company charges the city.

The council needed to unanimously vote in the affirmative to consider both measures. Alex Mendez, councilman at-large, blocked the measures from making it onto the agenda. He said he needed more discussions on the two measures, both of which totaled four pages.

Mendez voted against adding the items to the council’s agenda. Torres told him prior to the vote if he disliked the measures he could vote against them, but to vote in the affirmative to add the items to the agenda so that the council could consider both items and have a discussion.

Mendez did not relent.

Torres said delays would cost taxpayers thousands of dollars. He suggested Mendez should cover those expenses for voting against adding the two items to the agenda.

The FBI has opened an investigation into allegations of corruption in the city’s tire recycling program, according to reports.

The council will be presented with both items on the March 7th, 2017 workshop meeting. In the meantime, the program will remain shut. Residents will still be able to arrange curbside pickup of truck and passenger tires by contacting the Paterson Department of Public Works.