The state has revoked the teaching license of an Eastside High School teacher accused of having sexual relations with a 17-year-old student.

Abelardo C. Romero, a former mathematics teacher at the School of Information Technology at Eastside High School, was charged with nine counts of sexual assault, endangering the welfare of a child, and other related charges in September 2014 by the Essex County Prosecutor’s Office. 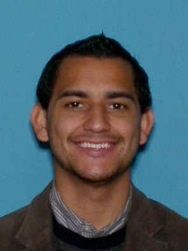 The state board of examiners was notified of the conviction. He was disqualified from public school employment. He did not challenge the accuracy of his criminal records, according to state documents.

Romero was issued an order as to why the state should not revoke his teaching certificate on May 20, 2016. The state sent notices to his mailing address which for three months returned as unclaimed.

The state sent a hearing notice on Sept. 26, 2016 explaining the allegations against him and the consequences of failing to file. The mail was not returned this time. However, Romero did not respond.

The board’s decision argued teachers must serve as role models for students. “In this instance, Romero’s conviction demonstrates behavior that falls far short of a role model.”

Romero was also deemed a “danger” to school pupils.

The state board of examiners issued a written decision on Jan. 19, 2017 revoking his teaching certificate.

Romero, a Montclair resident, was 28 years old when authorities charged him. He was immediately terminated from the Paterson Public Schools once the charges were made public.

State records show his name to be Abelardo C. Romero while the Essex County Prosecutor’s Office listed his name as Adelardo Romero.