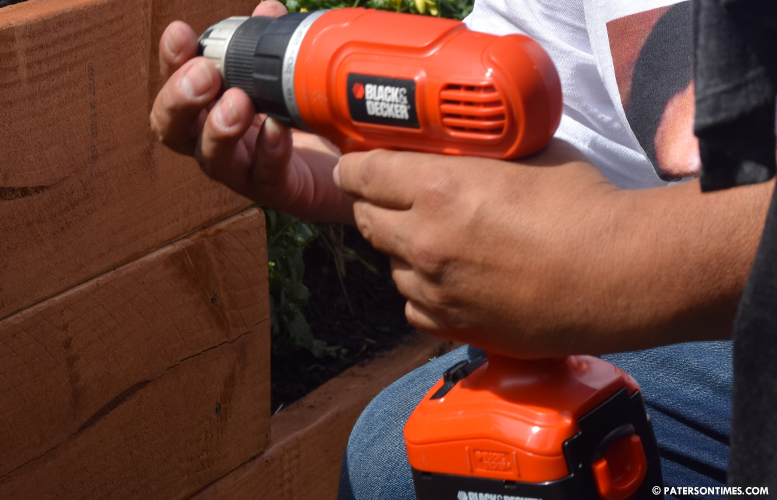 Charles Florio, who owns more than 300 properties in the 4th Ward, said the jobs will pay a minimum of $15 per hour for unskilled and as high as $40 per hour for skilled workers. He said skilled carpenters, plumbers will fetch the higher rate.

Florio said a quarter of the jobs will go to unskilled labor. He said the program will be run almost like an apprenticeship allowing unskilled local workers to develop new skills.

“They can help clean up their own community and get paid to do it. As you learn you’ll grow in pay scale,” said Florio. “In the next two years, what I have lined up is approximately $30-$35 millions of construction, for the whole of Paterson.” $15 to $20 million of it is in the 4th Ward which for decades has suffered from crime, drugs, and joblessness.

Florio said the properties he purchased through a special tax lien sale are in the foreclosure process. His firm, JCM Investors, will need as many as 200 workers to rehabilitate, demolish, and rebuild many of these blighted homes. He is in the process of building 500 new units in the 4th Ward, he said.

The jobs program will be run in conjunction with Save the Village, an organization that seeks to address the ailments plaguing the city’s African-American community.

“It’s an excellent opportunity. We’ve been talking about economic development in the 4th Ward for years. This is economic development. We can’t just keep building houses, bringing in dollar stores, liquor stores, laundromats, that are not offering jobs to the public. We have to start creating jobs,” said Rucker, one of the founders of Save the Village.

Rucker said his group will hold a job fair to screen and recruit 4th Ward residents. He said the recruitment drive will start in matter of weeks.

“It’s a wonderful idea that he’s going to put the community to work,” said Ruby Cotton, 4th Ward councilwoman, speaking about Florio. “He is a community person.”

Cotton was particularly taken with the livable hourly rate the developer is offering for the jobs.

“If you’re making $15 an hour you can live,” said Cotton. “You can pay rent, you can pay cable, and you can pay your cellphone bill.”

Florio said the above minimum wage rate will ensure employees do right by their employer. “It gives them an incentive to do the right thing,” he said. “They have no excuse to show up to work late — they live right here.” He said residents can reduce and eliminate blight in their neighborhood while acquiring marketable job skills.

“We buy in Paterson, we work in Paterson, and we help fix Paterson,” said Florio. Hiring local labor appears to be the natural next step for the developer.

Rucker said his group will make overtures to other big developers in Paterson to create jobs in the city. He said many businesses may not realize it, but hiring local labor benefits not only their companies, but also their businesses.

“It’s good business to invest in the community,” said Rucker. He said the job fair is scheduled for March 18th, 2017 from 12-4 p.m. at the Integrity Masonic Temple at 224 Broadway.