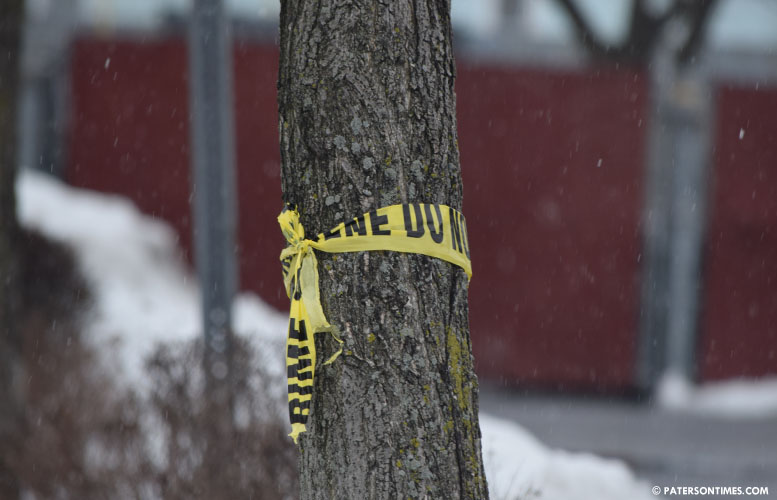 After the shooting of a 19-year-old man on Market Street late Friday night, police officers quickly converged on the scene and began looking for suspects. Police officers – in matter of minutes — captured two men involved in the shooting more than three miles away from the incident at the Route 80 exit ramp on Squirrelwood Road.

Police charged the two city residents — Ricardo Goris, 22, of Jasper Street; and Julian Jimenez, 23, of Union Avenue – for their roles in the shooting on Market and East 31st Street at about 10:40 p.m.

Police quickly learned a blue four-door Acura with three people inside was involved in the incident and had fled the scene. Officer Cesar Heyaime began trailing the blue Acura sedan reportedly involved in the shooting fleeing the scene via Route 80 west, said captain Patrick Murray.

“Without the decisive action taken by patrol officers and detectives at the initial scene, and the gathering and broadcast of crucial information, which resulted in officer Heyaime’s locating the suspect vehicle, the prompt apprehension of these individuals would not have been possible,” said Murray.

Heyaime pulled over the vehicle as it was exiting Route 80 west on Squirrelwood Road to return to the western part of Paterson.

Three people were detained without an incident, said police.

The third occupant of the blue Acura was released, said police.

Police said the wounded city man arrived at St. Joseph’s Regional Medical Center with a gunshot wound to the upper leg. He is in stable condition, said police.

“The coordination between all involved is indicative of the abilities to see situations for what they are and being endowed with the skills required to handle such difficult tasks,” said police director Jerry Speziale. “As director, I am proud of the tireless effort’s displayed by the men and women daily.”