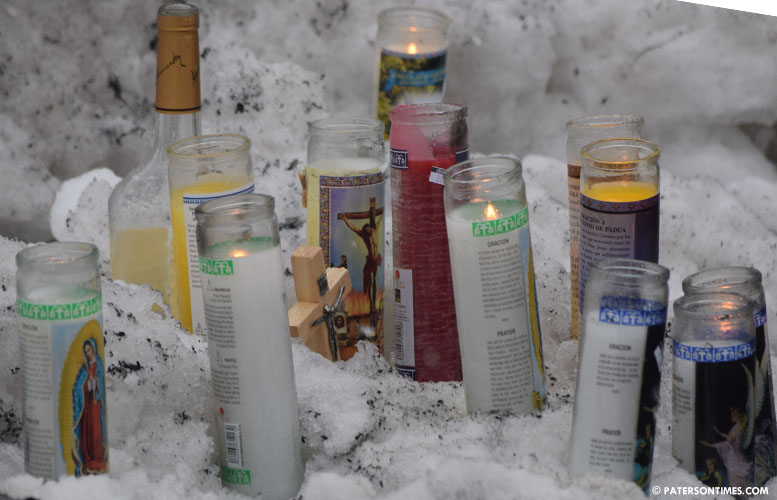 The two bodies found inside a torched car on East 28th Street have been identified on Monday afternoon as two men from Paterson, according to the Passaic County Prosecutor’s Office.

Police identified – Aaron Anderson, 27, and Antonio Vega Jr., 25 – as the victims of the double homicide. Anderson and Vega were found inside a badly burned 2015 Audi outside of 570 East 28th Street on Friday, March 17, 2017, authorities said.

Firefighters responded to a car on fire on East 28th Street between 14th Avenue and Broadway at around 2 a.m. Once the fully involved vehicle fire was extinguished, firefighters discovered the burned bodies of Anderson and Vega, both burned beyond recognition.

Police secured the crime scene and later ruled the two men’s death as a double homicide.  The two unidentified victims were taken to the New Jersey Medical Examiner’s Office for identification using medical records, according to police. It has been widely reported the two men were shot and killed before the car was set ablaze.

The car found at the scene is owned by Kim DePaola, a star of the “Real Housewives of New Jersey,” according to a report in TMZ. The report said the Audi was often driven by DePaola’s son.

“My son and I are both safe. Our deepest condolences go out to the victims’ families of this truly horrific tragedy,” DePaola said in an Instagram message on Sunday.

The son was dropped off in the car at an airport last Wednesday by a friend. While the son was out of town, his friend was in possession of the vehicle, the report said.

The friend was instructed to return the car to the son’s house and not to drive around. The son was not able to reach his friend after the double homicide was reported.

Authorities did not release any other information surrounding the incident.

A makeshift memorial (pictured) sprang up on Saturday at the location of where the car was torched. People left lit candles and a bottle of alcohol at the exact spot where the car fire was extinguished and bodies discovered as indicated by dark marks on the road.

“The investigation remains active and ongoing,” the prosecutor’s office said on Monday.

Anyone with information is asked to contact the Passaic County Prosecutor’s Office at 1-877-370-PCPO or [email protected] Or contact detectives at the Paterson police at (973) 321-1120.