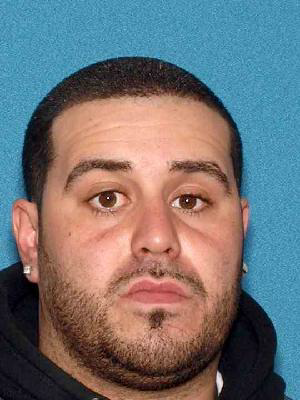 A Garfield man charged with attempted murder for shooting a city man on Main Street was out on pre-trial releasing for allegedly running a heroin mill.

Andre Morales, 29-year-old, was out on pre-trial release on the night of March 9, 2017. He allegedly shot a man in the leg during a verbal altercation at around 11:45 p.m. on Main and Slater streets, police said.

Morales has been charged with attempted murder and weapons offenses, police said. The week before the shooting, police arrested Morales and six other people for allegedly running a heroin production facility from 183 Mill Street.

Police seized a handgun in the Mill Street drug bust on February 27, 2017. Morales was charged with running a drug production facility and gun possession. Police also charged him with certain person not to have a firearm for an unrelated charge for which he was awaiting sentencing.

When he was arrested for his alleged involvement in the Mill Street heroin mill in late February, Morales was pending sentencing for old handgun charges. He was released on bail pending the sentencing.

Authorities said he struck a plea agreement to serve five years in state prison with 3.5 years parole ineligibility in accordance with the Graves Act.

Morales appeared before New Jersey Superior Court Judge Justine Niccollai for a pre-trial detention hearing on March 3, 2017 for his late February arrest. Prosecutors argued Morales should be detained on the drug charges while he is pending sentencing for the old handgun charges.

Morales was facing what is called “presumptive detention” for past criminal history and nature of the new charges that exposed him to a lifetime prison sentence on conviction.

At the end of the March 3, 2017 pre-trial detention hearing, Niccollai released Morales from the Passaic County Jail to home detention pending his May 12, 2017 sentencing for his old gun charges.

Niccollai required Morales to report weekly to pre-trial services. Six days after his release from jail, Morales was charged with attempted murder and gun charges for the Main Street shooting.

Morales was arrested on March 17, 2017 on the attempted murder and weapons charges.

Morales faces life behind bars if convicted on the heroin mill or the shooting charges.