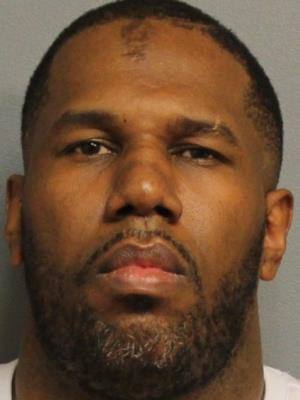 A city man previously charged with aggravated assault and weapons offenses for his role in the incident that unfolded inside the Montclair Deli over the weekend has been charged with more offenses, according to authorities.

Police charged him with unlawful possession of a handgun, certain persons not to have a firearm, receiving stolen property, and possession of hollow point bullets. He was previously charged with aggravated assault and weapons offenses.

The robbery incident involved hometown rapper Willie Maxwell II, known on the stage as Fetty Wap. There was an altercation between two groups inside the food mart at 62 Montclair Avenue early Sunday morning. A video emerged of the incident that shows the two groups involved in a physical altercation in a store aisle.

Thomas appears to have in his hand a handgun in the video. Thomas and Wap are involved in a rap dispute that goes back several months. Thomas has made videos attacking Wap’s street reputation. Police said the robbery is separate from the shooting that resulted in three people suffering gunshot wounds.

Authorities became aware of the robbery when they were called in for a shooting an hour later. Thomas could face 20 years in prison if convicted on the robbery charge, authorities said.

Thomas will appear in court on the robbery charge today, authorities said. Authorities ask anyone with information about the incident to contact Paterson detectives at 973-321-1120.