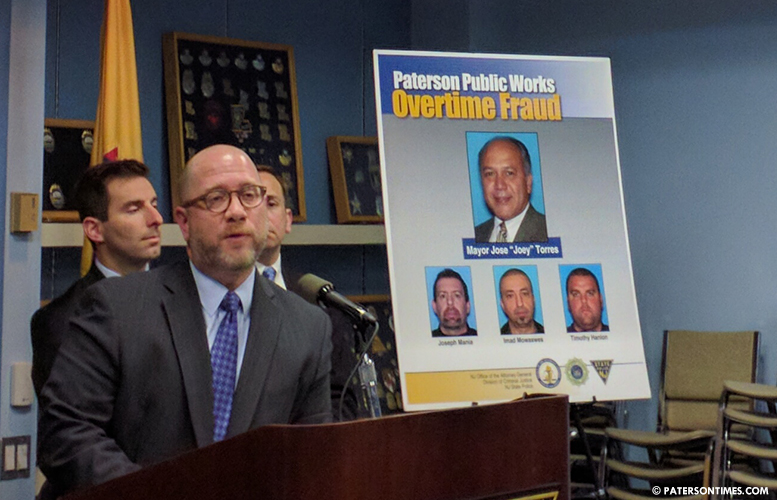 Several city activists blasted the City Council on Tuesday night for failing to pass a vote of no confidence on indicted mayor Jose “Joey” Torres calling for him to tender his resignation.

“You let us down. Every one of you,” said Rafael Fontana, a longtime Torres critic. He said Torres brought disgrace to the city’s Puerto Rican and Hispanic community. “You should be telling him every single day to step down.”

Council members in a 6-2-1 voted rejected the vote of no confidence on the mayor two weeks ago after several dozen of his supporters took to the podium to argue against the measure by citing the various projects he has undertaken as mayor.

“I’m totally, totally disgusted with what I’ve seen,” said activist Ernest Rucker. He accused councilman Luis Velez of flip-flopping for coming out in favor of the measure to urge the mayor to resign only to switch his vote at the last moment. “Some type of pressure was placed and you totally changed your whole format. I think you’ve done a disservice to the City of Paterson.”

Rucker also targeted councilman Alex Mendez for his silence. He described Mendez as the “no guy.” He said Mendez has been attacking the mayor for a long time, but buckled when time came for action.

“This is not leadership. This is playing with the public,” said Rucker. He also slammed some of Torres’ supporters from two weeks ago. Some of the supporters reeked of alcohol, so much so a police officer threw them out of the council chambers for rowdy behavior. He said the drunks were bussed in and the others were well prepared and armed with talking points.

Some of Torres’ supporters had a scripted message focused on his deeds like the road repair project and drop in tax levy.

“You voted no on yourself. In the next election, the public will vote no for you,” said Haytham Younes, a former city council candidate running for the state senate seat occupied by senator Nellie Pou. “You protected the mayor.”

Torres has been charged with theft, official misconduct, and other charges for ordering public works employees to handle renovation work at an East 15th Street warehouse leased by his daughter and nephew. Three public works supervisors: Joseph Mania, 51, of Randolph; Imad Mowaswes, 52, of Clifton; Timothy Hanlon, 30, of Woodland Park were also indicted on the same charges.

Torres and the three supervisors are expected to be arraigned at the Hudson County Superior Court next week.

Council members largely ignored the attacks levied by the activists.

“Everybody is entitled to express themselves,” said Velez. “There are some people that have ups and downs in life, but I still have confidence in what they are doing with the community,” he said defending his vote on the no confidence measure.

“At this time, maybe the mayor should consider resigning,” said city resident Tom Fuscaldo. He called the charges “minor infractions,” but the charges remain “top news” and point of ridicule where ever he goes.

Some of the activists praised McKoy and Sayegh for being the two votes in support of the no confidence measure to urge the mayor to resign.