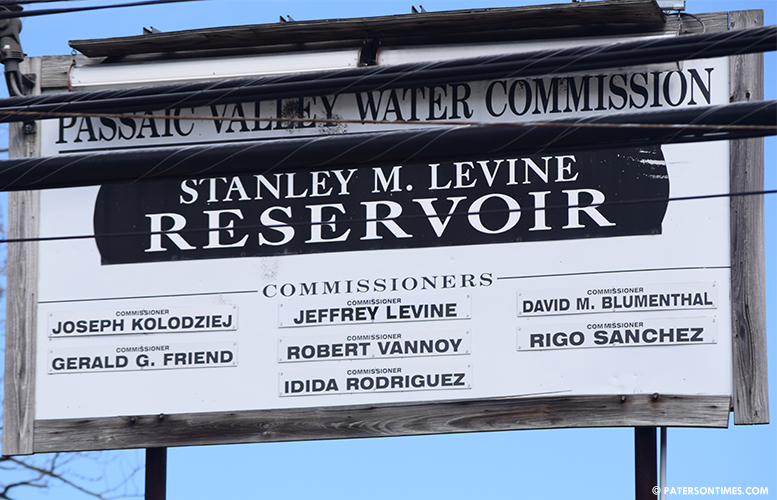 The Great Falls National Historical Park Federal Advisory Commission took a firm stance against draining the Levine Reservoir to replace it with a pair of large water storage tanks within the Great Falls Historic District.

Members of the commission approved a resolution without opposition on Thursday stating the proposed tanks will result in “adverse effect to the park.” This comes less than a month after the United States Department of Interior expressed its concerns about the project’s impact to both the Great Falls National Park and the Great Falls Historic District.

“We are concerned with the physical effects to the reservoir itself,” read the letter from Rosalyn Fennell, deputy regional director of the National Park Service, Northeast Region, to the New Jersey Department of Environmental Protection (DEP), “the visual effects to the district as a whole and to the portion of the district containing the park and its legislative boundaries, and the potential diminishment to the integrity of the entire district from these physical effects.”

The Levine reservoir was constructed in 1885 as the Stony Brook Reservoir and is viewed as a contributing resource to both the park and the district. “That reservoir is historic,” said  Darren Boch, superintendent of the Great Falls National Historical Park.

A dozen municipalities have passed measures opposing the tanks project.

The park commission is echoing the letter’s sentiment, but much more vigorously.

“This resolution amplifies the concerns raised by the National Park Service,” said member Bob Guarasci. He once described the two proposed tanks at the scenic reservoir as “concrete monstrosities.”

The initial resolution stated the project will have “potential determinantal effects” on the park. John Lawrence, a newly appointed member to the commission, said, “This resolution is not strong enough. There are impacts and those impacts have to be considered.”

Lawrence suggested revising the resolution to communicate the tanks will, for certain, have an adverse impact on both the Great Falls National Park and the Great Falls Historic District. The proposed tank project is currently undergoing the Section 106 review process which requires federal agencies to take into account the effects a particular project will have on historic properties.

The letter states the preliminary “Area of Potential Effect” outlined as part of the project is “too limited and omits relevant information.” Fennell wants the area being impacted to be expanded to include the district and the entire park.

“No simulations of the tanks’ visibility have been provided from various vantage points in the district and park; such simulations should also consider the potential for different effects in different seasons,” reads the letter. “Once the effects to the historic properties are better understood, we would like to explore ways of avoiding or minimizing the effects prior to discussing mitigation as a way to ensuring that any potential harm to the National Historic Landmark is minimized to the maximum extent practicable.”

The tanks being placed to comply with a federal mandate to protect drinking water supply will mar the view visitors experience from the Great Falls, say advocates. Mayor Jose “Joey” Torres’ administration in 2014 urged the water company owned by Paterson, Passaic, and Clifton to decommission the reservoir which is the smallest in its network. Joseph Bella, executive director of the Passaic Valley Water Commission, at the time said decommissioning the reservoir is impractical.