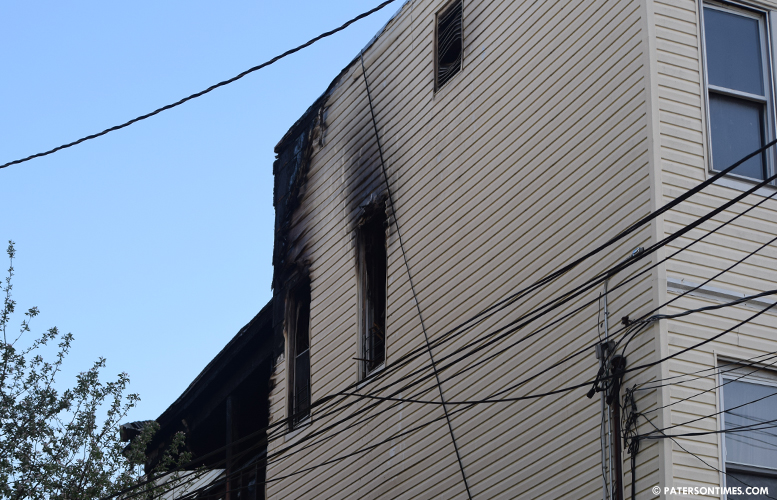 Three fires at buildings in different parts of the city displaced 41 people on Monday, said deputy fire chief Pablo Del Valle. This brings the total number of fires in the city to 11 in the past five days.

Firefighters battled a two-alarm blaze at a large mixed-use building on 462 10th Avenue at 3:43 p.m. Fire was reported in the third floor of the building (pictured). The fire was brought under control at 4:35 p.m.

A firefighter injured his hand at the scene, said the deputy chief. He was treated and released from hospital.

As soon as this fire was contained a second blaze broke out at single-family home at 118 Illinois Avenue at 4:54 p.m. The fire was held to a single-alarm and was brought under control at 5:35 p.m.

No one was injured in the fire, said Del Valle.

A third fire broke out at 7:10 p.m. at a two-story building located at 111 North 8th Street. The fire was held to a single alarm. No injuries were reported. 19 people were displaced from the building. 3 families made up of 16 people are being assisted by the Red Cross, according to the group.

Firefighters had the North 8th Street blaze under control within 30 minutes.

“All fires are under investigation,” said Del Valle. “We do not have cause as of yet.”