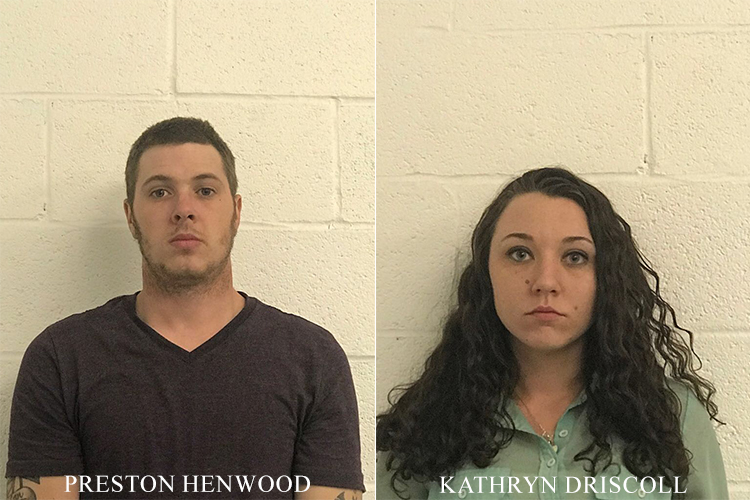 A man and woman from Pennsylvania have been charged with heroin possession for allegedly buying bundles of heroin from a drug dealer on 10th Avenue, according to Passaic County Sheriff Richard Berdnik.

Preston Henwood, 26, of Jefferson Township, Penn., and Kathryn Driscoll, 23, of Gouldsboro, Penn., were arrested at around 6:45 p.m. on 10th Avenue and East 26th Street in Paterson on Monday while detectives were conducting a surveillance operation, authorities said.

Authorities said detectives observed Henwood and Driscoll pull up to a curb in a blue a blue Hyundai Elantra and conduct a hand to hand drug transaction with an unknown dealer in the area. The vehicle was followed and a motor vehicle stop conducted.

Driscoll, the driver, turned over four bundles of heroin. Henwood, the passenger, was allegedly concealing a bundle of heroin in his right hand.

Henwood also had a holstered Glock handgun on his hip. He had a carry permit from Pennsylvania, authorities said. He was disarmed and arrested.

“Individuals need to know, that if you come into Passaic County for the purpose of engaging in illegal narcotics, you will be arrested. The PCSO will continue to enforce all New Jersey gun laws,” Berdnik said.

Detectives returned to the area for the dealer, but did not find the individual.