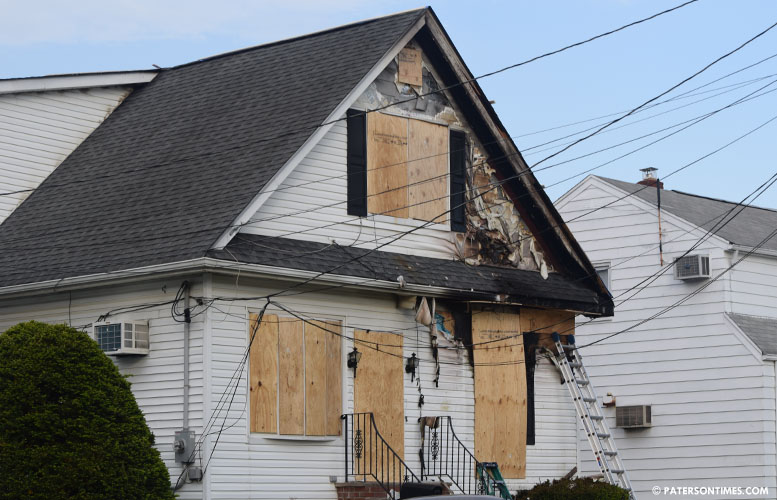 A single-alarm fire displaced a family from their Lenox Avenue home on Monday morning, according to deputy fire chief Michael Fleming.

Fleming said five people were displaced as a result of the fire that broke out in a bedroom on the first floor of 174 Lenox Avenue at about 10:40 a.m. He said firefighters extinguished the blaze within an hour.

No injuries were reported from the fire, said the deputy chief. The displaced family is being assisted by the American Red Cross, according to a relative at the scene of the fire.

The charred single-family home was being boarded up by late afternoon.