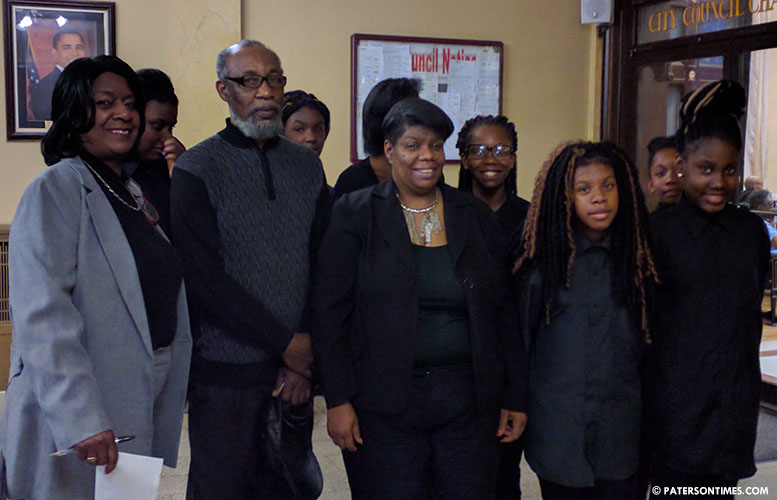 Tabia White has been dancing to gospel music at least once a week for the past two years with a group of about two dozen local girls who call themselves the “Divine Cry.” In late April, she and her fellow group members performed in front of the City Council to the Tasha Cobbs’ song “Sense It” to standing ovation.

11-year-old White and six other girls will be performing at the McDonald’s Gospelfest 2017 at Prudential Center in Newark on May 13th, 2017, according to Rhonda Alston, the group’s instructor.

Alston organized the praise dancing group in 2008. She said it is made up of 19 girls. 7 of them made it to the McDonald’s Gospelfest after beating out 13,000 other groups, she said.

“I was crying. I know I made it far. I could think of the people that will be very proud,” said Jordon Alston, 12, who is part of the group, recollecting her reaction when it was announced the group made it to the finals of this year’s event.

Jordon’s mother Rhonda appeared to be proud of her daughter. The girls performed with masks on. When asked about the significance of the masks, the mother replied, “It shows they are under the essence.” She later noted the masks also conceals the girls’ race and gender from the audience.

A Paterson native, Rhonda, who now lives in Haledon, said making it to the nation’s preeminent gospel celebration event came as a surprise. She said she registered the group for audition using her home address so when it was announced the “Divine Cry” of Haledon made it to the finals she, for a brief moment, thought the group failed to make it because her girls are from Paterson. The brief confusion soon ended and she realized her group made it.

White was ecstatic to get a chance to perform at the biggest gospel stage. She and the other girls were jumping up and down after the announcement.

The group has had a long journey, said Alston, the instructor. She said the group would rehearse in a church parking lot at first to prepare for auditions. Then a gracious man, Ian Rolston, allowed the group to practice in his basement.

Without backing from any churches, Alston made do with whatever she could gather and told the girls to practice hard.

The group’s performance at the council was a warm up for their mid-May performance. Councilwoman Ruby Cotton invited the group to perform for council members and to show the girls their hometown supports them.

“They need to know they are special,” said Cotton. “Paterson never got to the final for dance.” She said she plans to attend the gospel celebration in Newark. She said another local group has made it as well, but she did not find out until later.

Cotton recognized the group by handing the girls citations from the council. The instructor said she thought the group was only going to perform before council members.

“We thought the honor was being able to perform. We thought it was an honor to dance in front of the city council,” said Alston, the instructor. She didn’t expect each of the girls to receive a citation: “It was a welcome surprise. I didn’t expect it.”