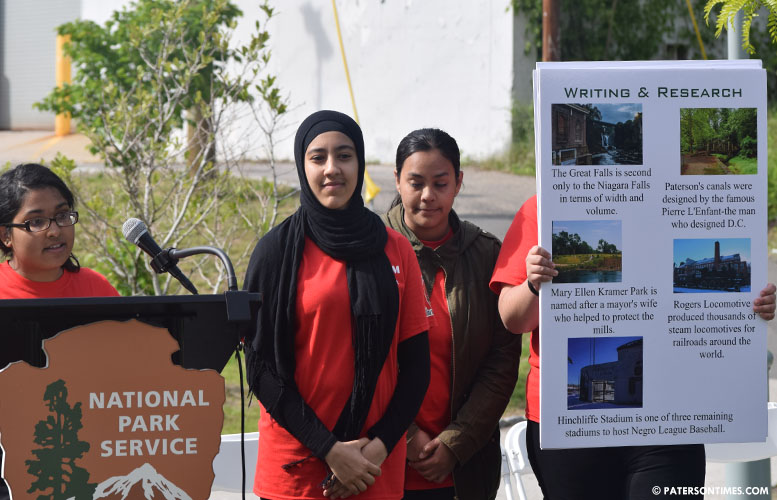 The popular “Mill Mile” mobile application providing self-guided tours of the Great Falls National Historical Park with narrations from the likes of Lin-Manuel Miranda and Brian Williams received a revamp with the addition of two new stops at the historic Hinchcliffe Stadium and S.U.M. Great Falls Power Plant from the students of John F. Kennedy High School.

20 students largely from the high school’s Science, Technology, Engineering, and Mathematics (STEM) Academy broke up into five teams to plan, research, write, and design the new stops. Students also made the application, available for both Android and iOS devices, more interactive by developing trivia quizzes to test visitors’ knowledge of Paterson’s important role in American history.

“It’s the culmination of several months of laborious work,” declared Jeferson Mendoza, 17, a 12th grader at the academy, at Mary Ellen Kramer Park on Friday afternoon at the launch event for Mill Mile 2.0. He and the other students spent hours after school to expand the application.

The students captured and handle the production of narrations from U.S. senator Cory Booker, Leonard Coleman, former president of Major League Baseball’s National League, and park ranger Sarai Perez. For many Perez is a role model who was heavily involved with her hometown’s national park while in high school before becoming a park ranger at the Great Falls.

“We pushed ourselves to do most of the work,” added Erik Castro. “At first, several times we pulled all-nighters just to get the research done within certain amount of time.”

For some students, the project was an eye-opening experience to the historic treasures that exist in the Silk City.

“It was awe-inspiring to realize all of these historic sites were located right here in Paterson. It greatly increased our appreciation of this town,” said Sanjeda Miah, 18, a 12th grader at the School of Architecture and Construction Trades at John F. Kennedy High School. She said working on the project allowed her to realize the importance of Hinchliffe Stadium.

Larry Doby, who broke the color barrier in the American League, played at the stadium, noted Miah. The stadium is one of three remaining in the U.S. where the legendary Negro League held games, she said.

“To know that he was in Paterson and at Eastside High School is amazing,” said Miah speaking of Doby.

The five groups worked closely with Robin Gold of the Hamilton Partnership for Paterson. Mendoza said there were eight different revisions that had to be made to ensure the new updates to the application were perfect.

Gold reviewed those revisions. She also reviewed the drafts of written content produced by the student following their research.

“When I first met this group in November, they were shy, they didn’t know a lot about Paterson history. At least one of them had never been to the Great Falls,” said Gold. This all changed when the students started to work on developing updates to the application. Students presented their work before dozens of people and those interviewed had a deeper understanding of Paterson’s role in U.S. history.

Gold said the students made majority of the decisions. She said students formulated the questions and answers of the trivia quizzes on the updated app that went live on Thursday night.

“We didn’t have to do anything. These kids ran with it all on their own,” said Nick Vancheri, principal of the Science, Technology, Engineering, and Mathematics (STEM) Academy at John F. Kennedy High School.

“I’m really proud of them. This is a huge feat,” added Heather Frank-Goffe, vice principal of the academy.

“These kids are amazing. They are the most remarkable high school students I’ve known in my life,” said Leonard Zax, president of the Hamilton Partnership for Paterson, who graduated from Eastside High School in 1967.

It was no small feat to secure funding for the project. The project was paid for using a grant from insurance giant State Farm. Jennifer Young and Fawaz Ghannam of State Farm presented a $96,234 check to the Hamilton Partnership for Paterson.

Ghannam said there were 800 applications submitted for the nationwide grant. 63 applications were successful in receiving funds. One of those 63 was the Hamilton Partnership for Paterson, he noted.

Gold thanked State Farm for its support of the project.

“I hope you like the app we made for you,” student Adriana Mansilla told the audience at the launch party for Mill Mile 2.0. “We put in a lot of effort and I hope you enjoy it.”

The app prior to the new updates had 5,000 downloads making it a successful applications for local tourism, said Gold.

“This isn’t something that was done by some consultant somewhere. This is something conceived and worked on by Patersonians. This is our app,” said said Darren Boch, superintendent of the Great Falls National Historical Park.

Boch said he was happy to hear former Great Falls Youth Corps member and now park ranger Perez narrate the two new stops. ”It really personalizes this app for me and for this city,” he said. A third stop has been developed for the ATP site, said students, but has not yet been added to the app. The ATP site remains closed to the public, but a major project will soon be underway at the site.

The updated Mill Mile app for Android devices can be downloaded from Google Play and for iOS devices from the Apple Store. 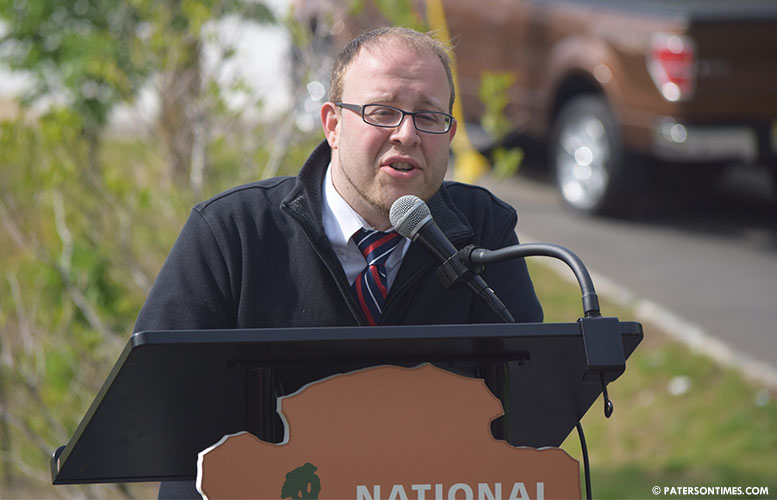 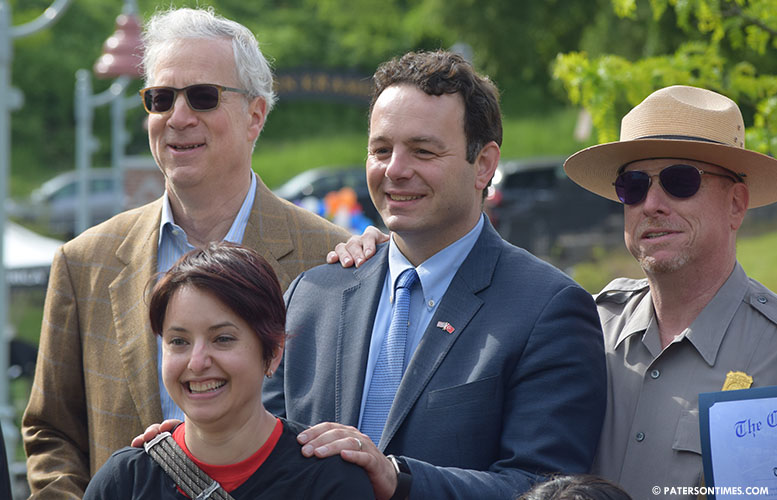 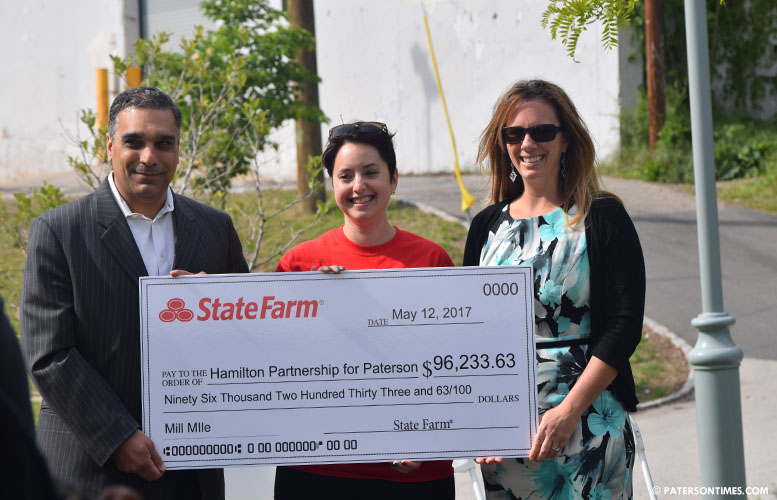 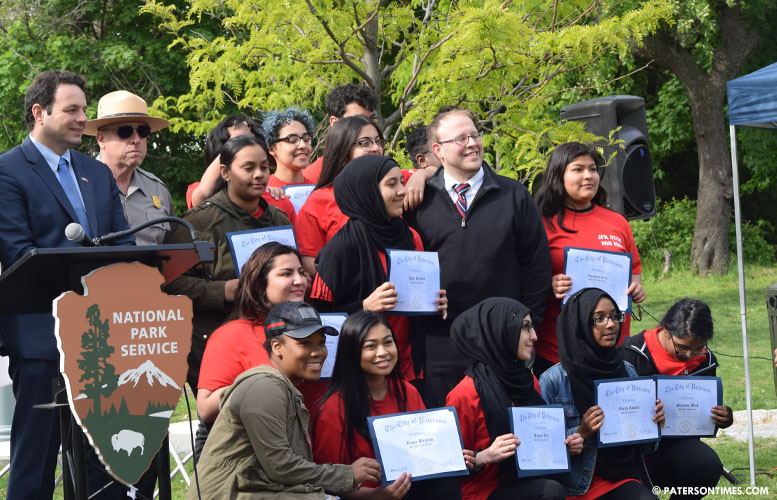 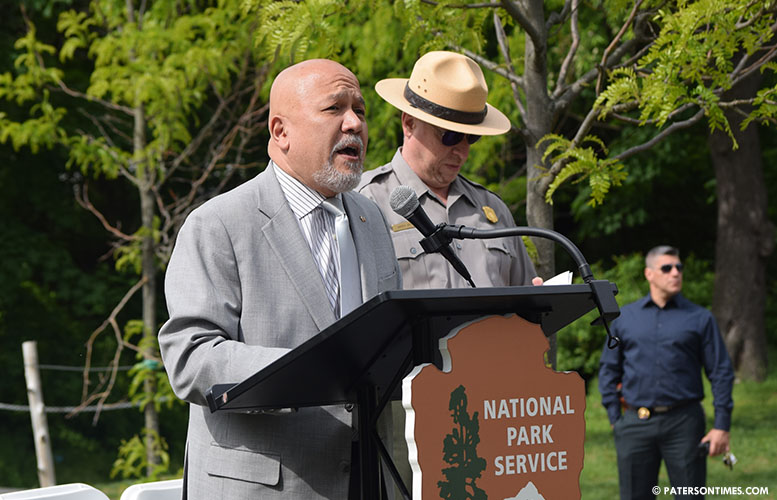 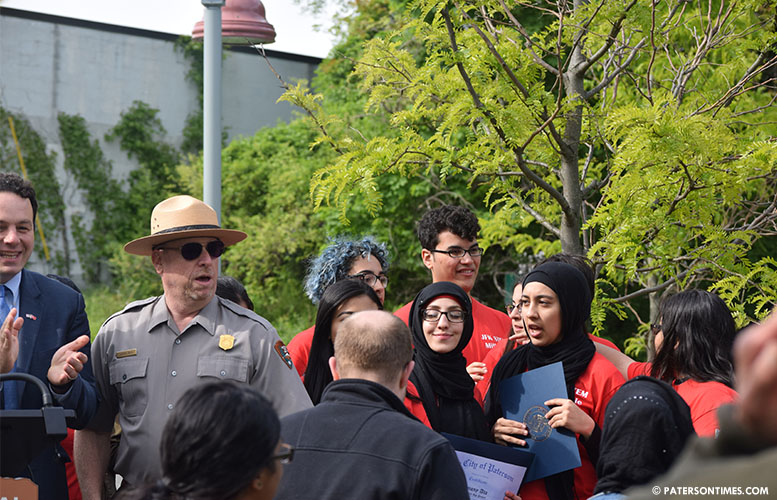 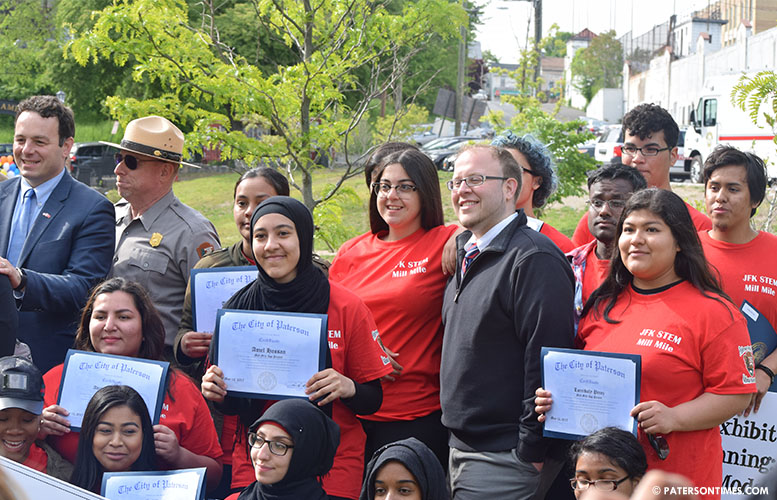 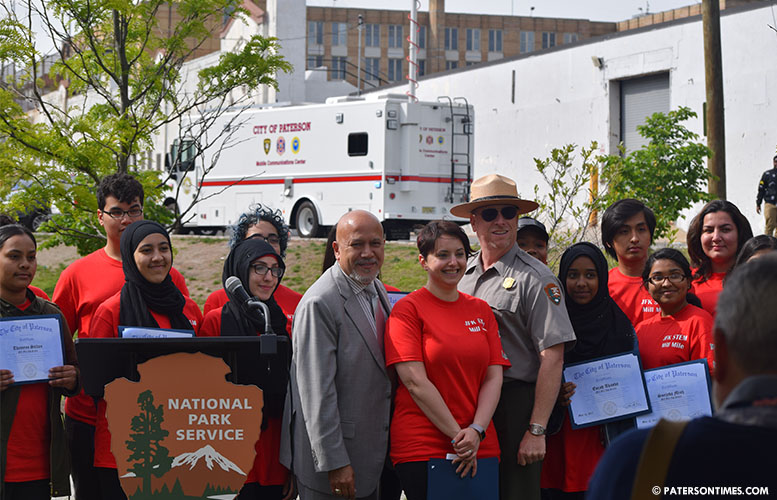