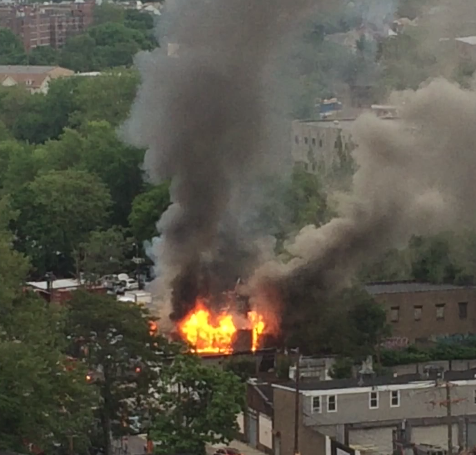 A vacant building on Presidential Boulevard caught on fire on Tuesday evening. Firefighters battled the blaze for two hours before it was declared contained, according to deputy fire chief William Henderson.

Firefighters responded to the fire at 218 Presidential Boulevard at around 7:40 p.m., Henderson said. Firefighters found the vacant large two-story building engulfed in flames.

Henderson said there was a slight exposure issue, but firefighters managed to keep the blaze from spreading to other buildings in the area. He said searches of the building were negative.

No injuries were reported from the fire, he said. The building sustained heavy damage. The city will have to determine whether emergency demolition is needed.

Blaze was brought under control at 9:34 p.m.