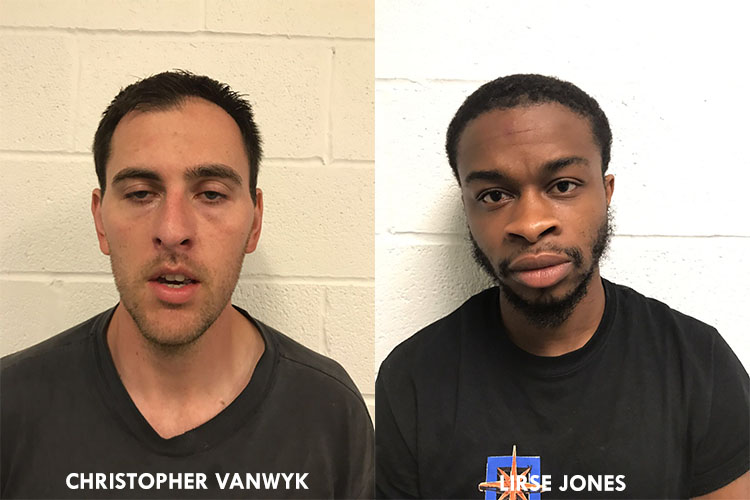 Lirse Jones, 25, of Paterson, and Christopher Vanwyk, 30, of Woodcliff Lake were allegedly caught conducting a drug sale on East 38th and Market streets at around 5:30 p.m.

Detectives setup surveillance of the area following complaints of drugs being distributed from 447 East 38th Street. Jones was observed entering the house’s driveway, parking his car, and then getting on a bike to peddle his way to the intersection of East 38th and Market streets.

Authorities said Jones approached a black Ford Explorer that had Vanwyk in the driver’s seat. Both men exchanged small objects for money. Both then departed the area.

Detectives pulled over Vanwyk and seized 20 glassine envelopes of heroin. He was charged with heroin possession and released, authorities said.

Jones was stopped on his bicycle and placed under arrest for heroin sale, authorities said. $306 in suspected drug money was confiscated from him. Detectives searched his residence and vehicle.

3,876 glassine envelopes of heroin was recovered from his vehicle. Authorities said the value of the drugs seized is $15,000.

Jones was charged with multiple drug offenses and is being held at the Passaic County Jail.