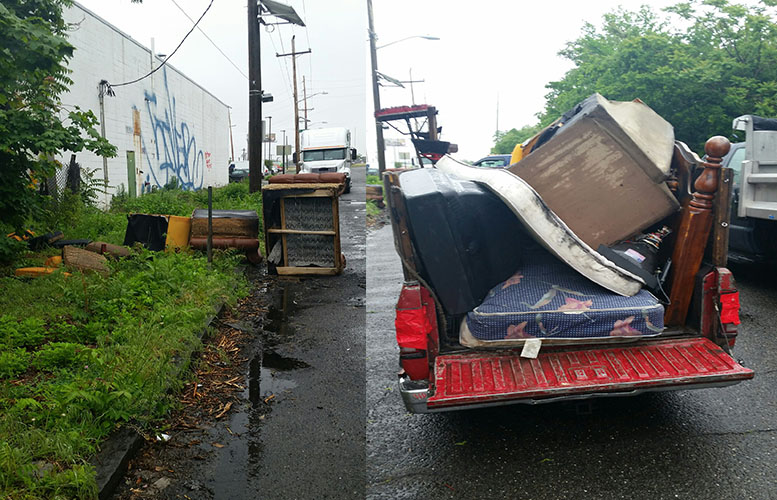 A city man was caught red-handed dumping a television, mattress, and couch on the side of a roadway on Thursday afternoon. 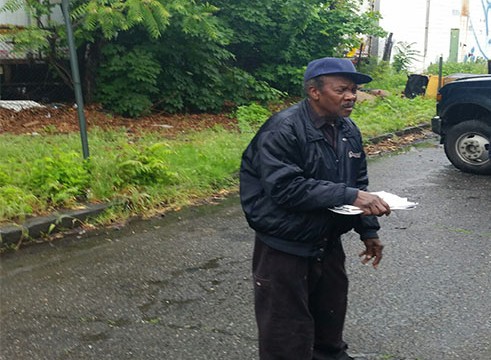 Paul Roseboro accused of dumping some blocks from his house.

Roseboro was issued summonses for dumping and found to be driving with a suspended license, according to public works inspector Tim Cobb. After he was caught in the act, Roseboro began to pick up the items he dumped on the side of the road and place them back into his beat up old truck, said public works employees.

“They caught him and blocked him off,” said Cobb. “He put everything back on the truck.” Dumping carries a $1,500 fine, he said. However, when the accused appears before a municipal court judge the fine is often reduced to as low as $250. In this case, the alleged violator will face a minimal fine because he picked up the dumped items.

Cobb said the city needs heavier penalties for dumping to deter violators and to recoup the cost associated with enforcement and issuing tickets.

“It’s a real big problem in Paterson. We try to catch these people and send a message,” said Cobb. He said nothing sends a message like a big fine.