Paterson shop was issued a halal violation as a result of a ‘mistake,’ says business owner | Paterson Times 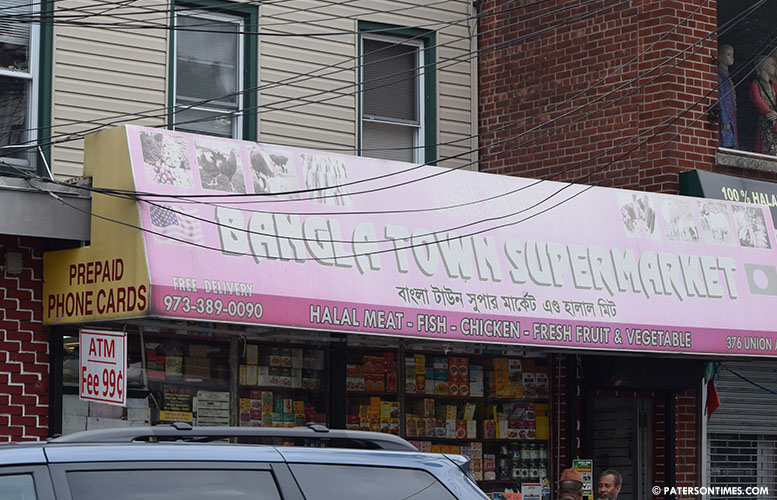 The owner of Bangla Town Supermarket, which was one of 15 citied by the state for allegedly failing to disclose preparation and handling of food sold or served as halal, meat prepared in accordance with Islamic law, says his business was issued a violation notice as a result of a “mistake.”

“I wasn’t in the store. Somebody came from the AG’s [Attorney General’s] Office. And they wanted to see the halal disclosure poster,” said Ahmed. “It wasn’t in a visible place.” He had an employee running the business at the time who did not quite understand what the investigators were seeking, he said.

This employee made a “mistake” and told the investigators the store did not have a halal disclosure poster, said the owner.

Ahmed said his business has always complied with New Jersey’s Halal Food Consumer Protection Act and the Halal Food Regulations. He said he contacted the state after the violation was issued to rectify the mistake. He provided a letter from the New Jersey Attorney General’s Office which stated he may have been in compliance and that his penalty has been waived.

“It appears that Bangla Town Supermarket, Inc. may have been in compliance with the Halal Disclosure Statement,” reads the letter from the state which is dated May 23rd, 2017. A copy of the letter was provided to the Paterson Times.

The letter states his violation notice has been withdrawn and no penalties or fines will be assessed. John Schoonejongen, spokesman for the New Jersey Division of Consumer Affairs, confirmed the authenticity of the letter on Tuesday morning.

By not conspicuously displaying the disclosure statement the business was in violation of state law, according to the state.

The violation though negatively impacted sales at his business just ahead of fasting month of Ramadan.

“There’s a rumor going around that this is not a halal store,” said Ahmed. “It wasn’t an issue of halal or anything; it was an issue of the halal disclosure statement.”

Indeed, the state is not defining the religious designation of “halal,” but the New Jersey Consumer Fraud Act requires businesses to live up to their halal promise by disclosing certain information to consumers like whether the food sold as halal contains pork products, alcohol, or was prepared using same or separate cutting boards, refrigerators, as used for non-halal foods.

“I’m an honest business owner for a longtime,” said Ahmed, who has operated his supermarket for 10 years. He said he owns other shops in Paterson and has been in business for 30 years. He has posted the halal disclosure poster in a visible part of his shop.