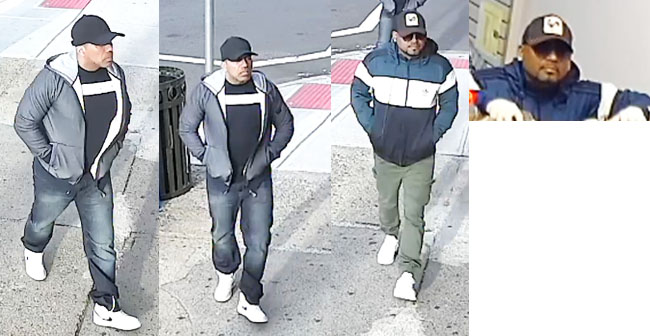 Detectives are seeking public assistance to identify these two men for allegedly committing an armed robbery at a Western Union location on 21st Avenue last week.

Police have said both men entered the Western Union location at 598 21st Avenue armed with handguns and robbed the attendant at gunpoint at about 7 p.m. on May 24th, 2017.

Detectives retrieved video surveillance of the two men at the time of the robbery and are attempting to identify both suspects.

Police ask anyone with information about the two men to contact D/Sgt. Abe Hamdeh and Det. Al Bermudez at 973-321-1120.