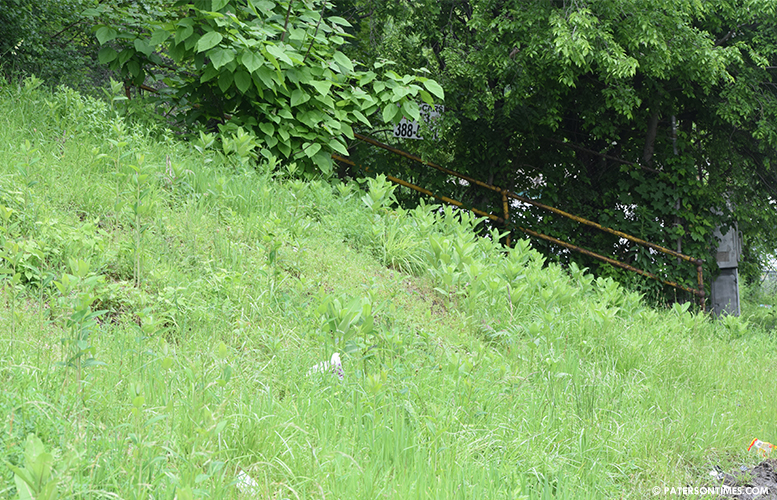 Councilman Michael Jackson has criticized the move to sell the 3,750 square feet land at 326-356 Marshall Street. He described selling the lot for under $10,000 as raw deal for taxpayers.

The lot lacks the minimum dimensions required by Paterson’s Zoning Ordinance for development, according to the city.

Mayor Jose “Joey” Torres’ administration has said the narrow sloping triangular strip that sits on the side of the road of Marshall Street by Mary Street has been appraised at $8,325. The property will be sold to the highest bidder; however, it will be limited to two buyers who own properties that connect to that piece of land. State law allows the city to limit number of buyers to contiguous property owners for undersized lots, according to the city.

Both contiguous property owners have been provided notification of the property’s availability, according to the city. Those two contiguous property owners are John A. Acunto of Ho-Ho-Kus, owner of Caroljon LLC which owns 328-378 Marshall Street; and Danielle Cohen of Monsey, New York, owner of 292 Marshall Realty LLC which owns 292 Marshall Street, according to government records.

The city “has no public use” for the land, according to an ordinance before the City Council. The slope includes a stairway that takes pedestrians from Marshall Street to Canal Street. The public will likely lose access to that stairway once the land is sold. The land at present is littered with bags and bottles.

Both property owners will have to submit bids to the city to acquire the land. The party to submit the highest bid will gain possession, according to the ordinance.

There’s often a disconnect between appraised value (actual worth) and assessed value (worth on which taxation is based); however, the city has hired a firm to ensure all properties are assessed at fair market value.

Council members will hold a public hearing prior to taking a final vote on whether to sell the land on June 13th, 2017 at their regular meeting at City Hall at 7 p.m.