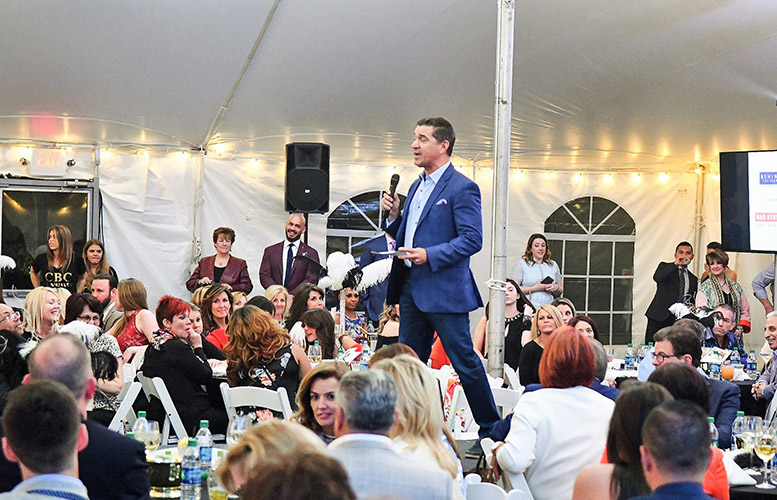 For the second year in a row, the Eva’s Village raised a record-setting amount of funds for its charitable work through its fashion show called “Behind the Seams.”

Paterson-based Eva’s Village brought in $187,000 – that’s 17-percent more than last year — to support its 20 anti-poverty programs. The fashion show was attended by 350 guests who contributed to the charity.

“Our 20 anti-poverty programs depend on private donations and fundraising, which make up more than a third of our annual revenue,” Heather Thompson, development director for the Eva’s Village. Her group runs programs that provide food, shelter, supportive recovery services, and medical care, job training, and education programs to the poor.

Since 2010, the fashion show which is the brain child of Ralph Lauretta of men’s clothing shop Sal Lauretta for Men, raised $940,000 for the nonprofit. “We at Sal Lauretta for Men are so pleased at how far this event has come. Eva’s is right in our backyard, and we are grateful for the opportunity to support a charity where you can actually see lives being changed in our community on a day to day basis,” he said.

Lauretta is the founder and also the co-chair of the fashion show. The show is hosted by Sal Lauretta for Men, The DSM Group, and Bottagra Restaurant. Sponsors to the event included BAE Systems of Wayne. The runway show featured spring and summer styles by Sal Lauretta for Men and Boutique 811. There was also a sneak peek into fall fashion trends.

The event hosted on May 23, 2017 also had silent and live auctions at the Bottagra Restaurant in Hawthorne.

Eva’s Village spent almost $9.4 million to fight poverty in New Jersey in 2015, according to its federal tax filings. Founded in 1982, it is primarily known for providing the homeless with hot meals at its Paterson kitchen. This was the charity’s 8th fashion show to raise funds.