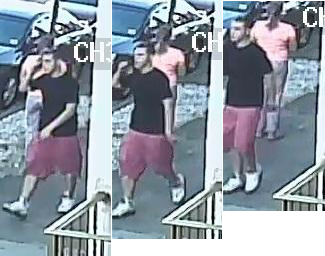 Authorities are asking the public for help to identify a man suspected of allegedly setting fire to a property on East 20th Street early Saturday morning.

Police said the suspect, pictured, was seen leaving the scene immediately after the fire. He was also seen walking on 22nd Avenue towards East 21st Street. Witnesses reported seeing a male wearing shorts and shirt in the area at the time the fire started.

Firefighters responded to a fire at 97 East 20th Street at around 5:56 a.m. on Saturday, authorities said. Upon arrival, they encountered a two-story structure, along with three nearby parked vehicles on fire, authorities said.

Detectives from the Passaic County Prosecutor’s Office Major Crimes Arson Unit responded to the scene and determined the cause of the fires to be arson.