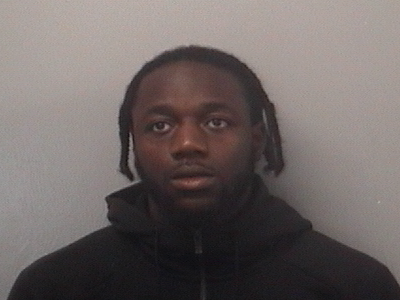 A city man was arrested early Saturday morning after allegedly throwing a loaded handgun close to the side of a house on Oak Street when law enforcement officers approached, according to Passaic County Sheriff Richard Berdnik.

Tamier Hedgeman, 25-year-old, tossed the loaded handgun on the side of 25 Oak Street by a garbage can and began to walk away in past pace on Oak Street towards Madison Street at around 3:42 a.m.

Hedgeman is being held at the Passaic County Jail.