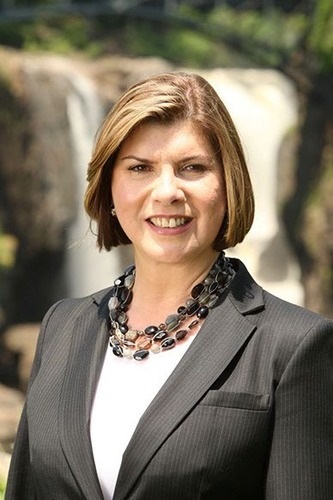 The rumors that she will soon be leaving mayor Jose “Joey” Torres’ administration is not accurate, said business administrator Nellie Pou on Wednesday.

“I’m not resigning. I don’t know where any of that is coming from,” said Pou. A report in InsiderNJ.com, citing unnamed sources, stated the business administrator would soon be retiring from her post at the end of June.

Pou said that report is inaccurate. “It’s definitely not true,” she said. The report quickly spread among government officials leading to speculation. Some saw the report’s suggestion that the business administrator would soon leave as the beginning of the end of mayor Torres’ administration.

Torres, who has been charged with theft and corruption, has pleaded not guilty. He is determined to fight the charges. The mayor had a court date on Monday, but that has been rescheduled to June 27th, 2017.

The inaccurate report has since been taken down from newspaper’s website.

Pou, who also represents New Jersey’s 35th legislative district in the state senate, said she intends to serve as business administrator until the end of the current administration or until the mayor decides to no longer keep her in that position.

All department directors serve at the pleasure of the mayor.

Pou is running for re-election in November. She faced heavy amount of unfounded attacks at City Council meetings from Haytham Younes who challenged her in the Democratic Party primary. Younes badly lost in the primary. He received less than five-percent of the votes.