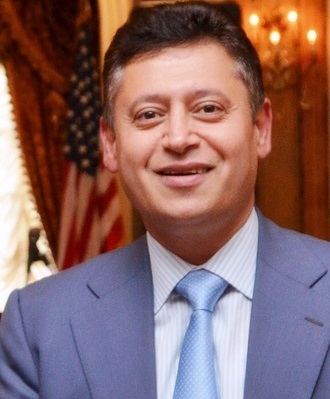 The cardiologist with offices in South Paterson accused of taking bribes, trip, and loan in exchange for referring patients to a medical lab in Parsippany that made millions through a long running test-referral scheme pleaded not guilty on Wednesday, according to the doctor’s attorney Lee Vartan.

Vartan said Aiman Hamdan, 50, of Wayne, was arraigned yesterday and pleaded not guilty to all the charges against him. The doctor is accused of accepting a $500,000 loan, a trip to Florida on a private jet for fishing and visiting strip clubs in exchange for generating millions of dollars of patient referrals to the Biodiagnostic Laboratory Services LLC (BLS) from September 2008 to April 2013.

Hamdan and his wife Kristina Hamdan, 39, were indicted in early June along with Yousef Zibdie, 53, of Wayne. The wife is accused of bribing Zibdie, according to authorities.

An internal medicine doctor with a practice in Woodland Park, Zibdie admitted to accepting monthly bribe checks totaling $80,000 from lab employees and associates including Kristina Hamdan, according to the U.S. attorney’s office. In exchange, he generated more than $930,000 in business for the lab.

“He pleaded not guilty to the whole thing,” said Vartan.

Roussis, a pediatrician, and his brother, Nicholas Roussis, an obstetrician-gynecologist, both with offices in Staten Island, accepted cash totaling $175,000 from lab employees and associates from October 2010 to April 2013, authorities said.

The brothers also had the lab pay for strip club trips that included lap dances and sex from women. George and Nicholas referred their patients’ blood specimen to the lab. The lab generated $1.45 million from George’s referrals and $250,000 from Nicholas’s.

Figueroa, an internal medicine doctor with a practice in Fair Lawn, accepted checks, cash, and other bribes totaling $200,000 from the lab from May 2007 to April 2013. In exchange he generated $1.4 million in business for the lab.

Batarseh, an internal medicine doctor with a practice in West New York, accepted monthly bribe checks of $3,200 totaling more than $104,000 from the lab from November 2007 to August 2010. In exchange, he generated $1.3 million in business for the lab.

The investigation into the scheme has led to 50 convictions — 36 of them doctors — and the recovery of more than $13 million through forfeiture. In June 2016, the lab which is now defunct pleaded guilty and had to forfeit all its assets, according to authorities.

The five doctors face long prison sentences. Sentencing for each is scheduled for December 6th, 2017.