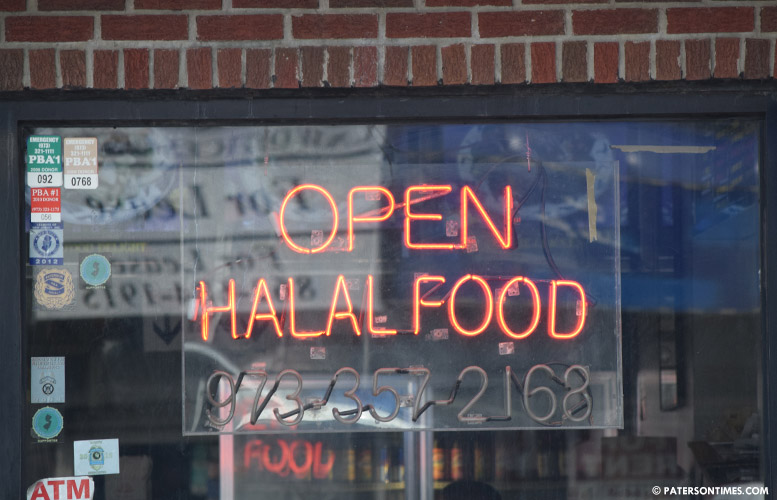 The state issued violations to 15 businesses, including 5 in Paterson, for allegedly failing to disclose preparation and handling of halal food leading up to the holy month of Ramadan. Majority of those businesses are now in compliance, according to the New Jersey Division of Consumer Affairs.

Lisa Coryell, spokeswoman for the New Jersey Division of Consumer Affairs, on Friday said 8 of the businesses paid the $500 civil penalty and have resolved the violations. 4 of the establishments — Café Colore Italiano, Star Halal Meat, and Paradise Halal Meat (both stores) of Paterson – failed to respond to the violation notices and were found in default, she said.

Jennifer Jedra, attorney for Shalimar Grill & Restaurant in Iselin, denied her client was issued a violation in a letter to the Paterson Times dated June 20th, 2017.

“My client did not fail to disclose their Halal practices to the state nor were they issued a fine,” said Jedra. She demanded her client’s name be removed from a news report. She also noted the news release posted on the state’s website no longer lists Shalimar Grill & Restaurant. The state’s original news release accused Shalimar Grill & Restaurant of violating the Halal Food Consumer Protection Act. The state subsequently removed the names of the three businesses that secured violation withdrawals.

Businesses are required by New Jersey’s Halal Food Consumer Protection Act and the Halal Food Regulations to disclose practices related to the slaughter, preparation, and handling of food represented as halal. The state is not defining the religious designation of “halal,” but it requires businesses to live up to their halal promise by disclosing certain information to consumers like whether the food sold as halal contains pork products, alcohol, or was prepared using same or separate cutting boards, refrigerators as used for non-halal foods.

Coryell would not say why the violations were withdrawn against the three businesses. The state announced the 15 businesses were cited on May 22nd, 2017. In one case, involving Bangla Town Supermarket of Paterson, the state withdrew the violation notice after the owner contested the citation.

Mohammed Hussain Ahmed, owner of Bangla Town Supermarket, said he had the disclosure information at his Union Avenue business, but that it was not posted in a conspicuous location when investigators from the state visited. He said an employee at the business mistakenly told the investigators the business did not have disclosure statement.

Ahmed later contacted the state. The state sent an investigator to re-check Ahmed’s business. He provided a letter from the New Jersey Attorney General’s Office which stated he may have been in compliance and that his penalty has been waived.

The businesses that have been cleared are:

“All the rumors and news that were posted about our meat not being halal were all rumors just because we didn’t have this paper,” said Yasmin Rahmoun, whose family owns Al-Kumah Restaurant in Paterson, providing a copy of the Main Street businesses’ state-issued disclosure statement.

Rahmoun said the business paid the penalty and the state re-inspected the restaurant. Her family’s business has been serving halal food, food prepared in accordance with Islamic law, in South Paterson for 20 years, she said.

“Our meat is and always was halal,” she said.