Paterson Habitat for Humanity gets more than $264,000 to build two homes on Godwin Avenue | Paterson Times 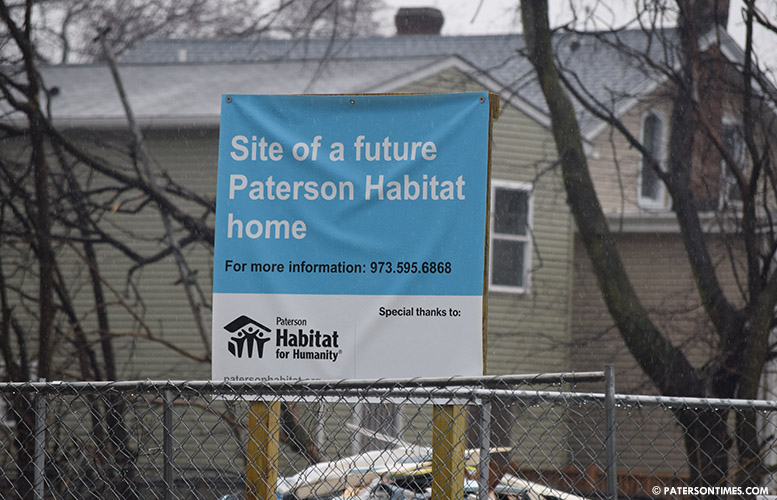 Habitat will build one home at 84-86 Godwin Avenue and another at 87-89 Godwin Avenue. Both building projects are located in the 4th Ward. Upon completion, the nonprofit will sell the homes at $130,000 to low-income families.

The group will provide 30-year mortgages to the homebuyers at zero-percent interest rate. The funds are being provided through the U.S. Department of Housing and Urban Development (HUD) HOME Investment Partnerships Program entitlement money the city receives.

Also in the 4th Ward, the city awarded a $100,000 loan from the federal HOME funds for the renovation of a vacant three-story building at 400-404 9th Avenue, according to city record. It previously awarded a $240,000 grant in 2012 for the same project. In all, the Wrigley Park Development LLC, which lists Gerard Graddy as a managing partner, has received $340,000 in commitment from the city to renovate the building.

The renovation project at the three-story 9th Avenue building is being viewed as a way to put a vacant property back to use. The property is located in a stable part of the 4th Ward. The developer failed to use the funds awarded in 2012 due to lack of adequate funds in place for construction.

Once the six housing units are operational, the developer will repay the $100,000 HOME fund loan approved by the council on June 13th, 2017. The apartments will be leased to low-income families.

The project is expected to create 10-15 temporary construction jobs, according to the city.