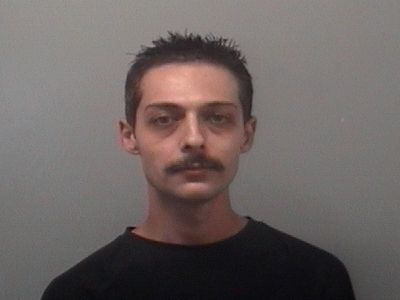 A man from Pennsylvania was arrested and five bundles of heroin stamped “El Plaga” was confiscated from his vehicle on Friday afternoon, according to Passaic County Sheriff Richard Berdnik.

Michael Carcaterra, 30, of Bushkill, Penn. was apprehended on 10th Avenue and East 30th Street at around 5:18 p.m. He was in a blue Nissan that allegedly did not have a front plate, authorities said.

Sheriff’s officer Donald Reddin observed the lack of plate on East 28th Street and 11th Avenue and pulled him over on 10th Avenue and East 30th Street.

Carcaterra was extremely nervous, sweaty, and pale when Reddin approached him. The air conditioner in the car was blowing at a high fan speed, authorities said.