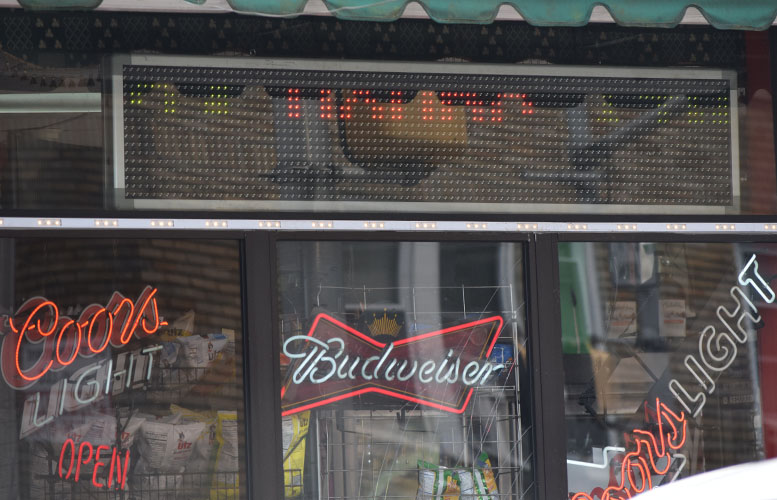 Under the proposed ordinance, liquor stores would close at 10 p.m. Currently, state law prohibits the sale of hard liquor after 10 p.m.; however, this does not prevent the liquor stores from selling wine and beer, according to city officials.

Torres’ proposed measure puts Paterson in line with closing hours in Newark and Jersey City. Both of the bigger cities require liquor stores to close at 10 p.m.

Newark and Jersey City are cities of the first-class – have more than 150,000 people – that allows them to regulate business hours for alcoholic establishments.

“We’re not considered a city of the first class,” said council president Ruby Cotton. Paterson is home to 147,000 people, according to the U.S. Census. She worried the city will lose in court when business owners challenge the new ordinance.

“I’m sure we can withstand a challenge,” said Sayegh citing the recent victory over liquor businesses that challenged the business curfew ordinance that forces them to close in certain designated zones at midnight.

The ordinance recognizes the municipality is not a city of the first class; the city argues it is deriving its authority to regulate business hours of liquor stores from the New Jersey Constitution.

“The constitution of the state of New Jersey provides that the legislature shall not pass private, special, or local laws regulating the internal affairs of town and counties,” reads the ordinance. Preference given to cities with population over 150,000 people to regulate hours for liquor businesses makes it a “special law,” argues the ordinance.

“We’d be in essence getting ourselves into constitutional litigation,” said city attorney Ben-David Seligman.

“Now, it’s going to make it worse. This is to get businesses out of business. This is it,” said Quilvio Montesino, who owns two liquor establishments. He said the hardest hit will be those businesses that are in the designated hotspot business curfew zones.

“We’re pretty much saying here, black and white, we’re looking to close down liquor businesses,” said Davila. Some of the proponents of the ordinance said the intent is not close down liquor stores, but to stop them from selling package goods after 10 p.m.

The Paterson Coalition Against Substance Abuse (P-CASA) and the Paterson Municipal Alliance Prevention Program both support the measure.

David Lardier, data specialist with the Paterson Coalition Against Substance Abuse, told the council on Thursday night the reduction in hours for liquor store will reduce access to alcohol for youngsters.

“Kids in our city are accessing drugs and alcohol at a high rate,” said Lardier. 1 in 4 Paterson youth drank alcohol in the past 30 days, according to his group. 60-percent of young people said the liquor or beer was bought from a liquor store, according to information the group handed to council members on Thursday night.

Luis Velez, 5th Ward councilman, said both groups should consider lobbying for better enforcement of liquor laws that will prevent selling to minors.

Paterson has 197 liquor establishments. Many of these establishments are magnets for crime, according to Lardier’s group. For example, there were 512 calls for service to the Paterson Police Department for liquor store issues after 10 p.m. from Dec. 2016 through January 2017, according to the group.

Lardier estimates these calls cost taxpayers $15.84 million per year. The problem is exacerbated by people from surrounding communities coming in to purchase liquor.

“We’re seeing people from outside of the city coming in purchasing because their towns close liquor stores at 10 p.m.,” said Lardier. There’s also the problem of unscrupulous liquor store operators.

“We have a bunch of liquor stores that still sell hard liquor after 10 p.m.,” added Tenee Joyner, program coordinator for the Paterson Municipal Alliance Prevention Program.

The council will consider the new measure for a vote on Tuesday night.