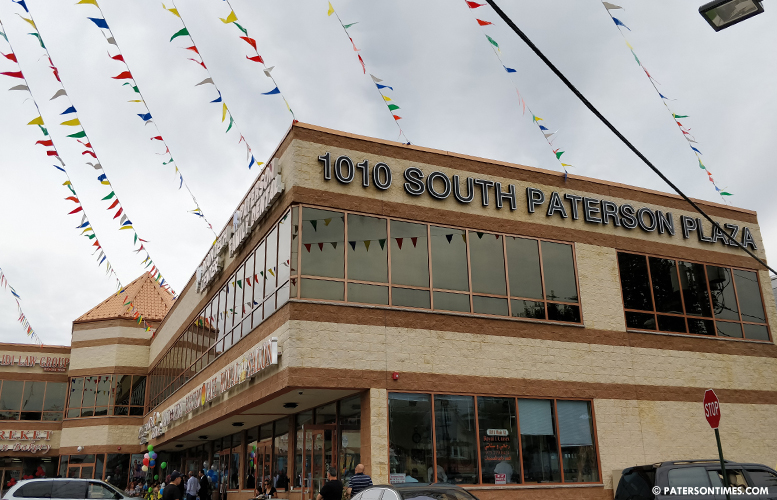 “This is going to be an icon of Paterson,” added Abu Romi’s brother David. The building cost $5 million to put up, according to David. His brother had a far grander design for the site, but had to scale back due to the city’s minimum parking space requirement.

Construction on the building on the corner of Main and Goshen Streets started in 2012 and finished in 2015. Some of the offices are currently being fitted out for tenants, said Abu Romi. In a tour of the building, he emphasized the high quality of the construction.

When asked what took so long to build the structure, Abu Romi said a mix of soft soil and high water tables in the area required a double foundation which caused delays. He said the basement is like a bunker due to the double foundation and the special sheeting that had to be used.

“We faced a lot of difficulties,” said Abu Romi. He overcame the difficulties that paved the way for Sunday’s grand opening of the plaza. City officials held a ribbon cutting ceremony thanking the developer for his investment.

“We’ve seen so much development, but this is icing on the cake,” said Andre Sayegh, 6th Ward councilman, who represents the area where the new building is located. “It doesn’t get better than this. It’s a mini-mall inside a thriving business sector. We’re profoundly grateful to the Abu Romi family for investing in the city and having faith in Paterson. And they are giving back.”

Abu Romi donated a 2,000 square feet suite to the Bethany Clinic to provide medical services to the city’s uninsured and underinsured. The clinic is named after the village of Bethany in Palestine. Lazarus, the man raised from dead by Jesus in the bible, is from Bethany. His tomb is an attraction in the village. The Abu Romi family is from Bethany also known as Al-Eizariya.

“The free clinic is something we’ve been waiting for a long time. We needed it very badly,” said imam Mohammad Qatanani of the Islamic Center of Passaic County. He praised Abu Romi for the clinic that will assist the needy in Paterson.

“The best people are those who work for the benefit of people,” said Qatanani.

Abu Romi started as a real estate developer in Paterson in 1980. He has more than a dozen commercial and residential buildings in the city, according to his brother. He also has large scale developments in other northern New Jersey towns.

When asked what made him build the plaza in South Paterson, he said: “I arrived in Paterson. Paterson was a good place to me.”