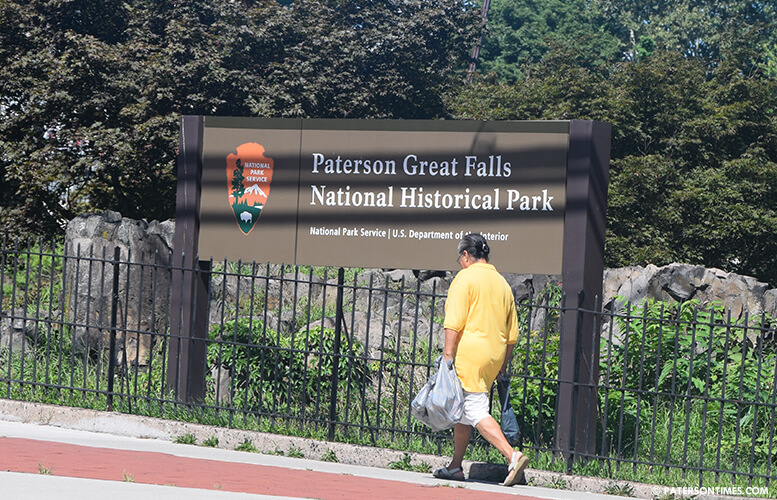 The city is ready to award $3.24 million in contracts for the renovation of Overlook Park at the Great Falls National Historical Park. This is the second large scale renovation project at the urban oasis that attracted 177,000 visitors last year from throughout the United States and the world after the completion of Mary Ellen Kramer Park two years ago.

Part of the project includes reorienting an existing pedestrian walkway and constructing a stairway to connect Overlook Park to Mary Ellen Kramer Park. Installing an amphitheater on the lower embankment of the park. Creation of a new entry plaza. Resurfacing of the parking lot with a rain garden. And establishing a new picnic area at the entry plaza above the hydroelectric plant.

There will also be an area that provides a more picturesque view of the Great Falls for visitors to snap photos with the water fall as the background. “That’s the most prime angle to appreciate the view,” said Gianfranco Archimedes, director of the Historic Preservation Commission, to council members on Tuesday night.

Archimedes said the project also includes cleaning up contamination and new landscaping at the park. He said part of the contract includes installing new lighting and stabilizing the steam plant foundation.

Michael Jackson, 1st Ward councilman, was the only member of the council to oppose the project.

“We’re talking about putting up shrubbery and irrigation at the falls for $3 million,” remarked Jackson. “Who is going to utilize these facilities?”

Jackson suggested city residents won’t utilize the improvements at the park. Improvements are being made to build a park that encourages more tourism to the city to boost the local economy. He wants the funds to be diverted towards improvement of recreation facilities.

Council president Ruby Cotton told Jackson the funds are specifically earmarked for the Overlook Park. Indeed, majority of the money for the project are being provided by the state, county, and federal government specifically for the Great Falls.

Jackson has been aggressively criticizing mayor Jose “Joey” Torres’ administration. He criticized the mayor’s dog park and Torres’ recreation trailer at Buckley Park that has been described as an eyesore.

Torres’ ill-conceived trailer has marred the park in the corner of Redwood and Chamberlain Avenues. It has emboldened Jackson to criticize the mayor’s other plans. Torres’ administration mislead the council into believing a basketball or a multi-purpose recreation center that includes basketball was being installed at Buckley Park. The faulty information resulted in council members voting in favor of the recreation trailer.

However, in this case, the Overlook Park plans have been reviewed by the Passaic County government and the National Park Service. The council was provided a detailed plan of the work to be completed at the site. It was also provided a presentation earlier in the year.

Council members will vote on awarding a $3,193,993 contract to Montville-based Applied Landscape Technologies and a second $47,668 contract for construction administration services to Highland Park-based ETM Associates on Tuesday night.

Work will start in September and be completed in a year, said Archimedes.