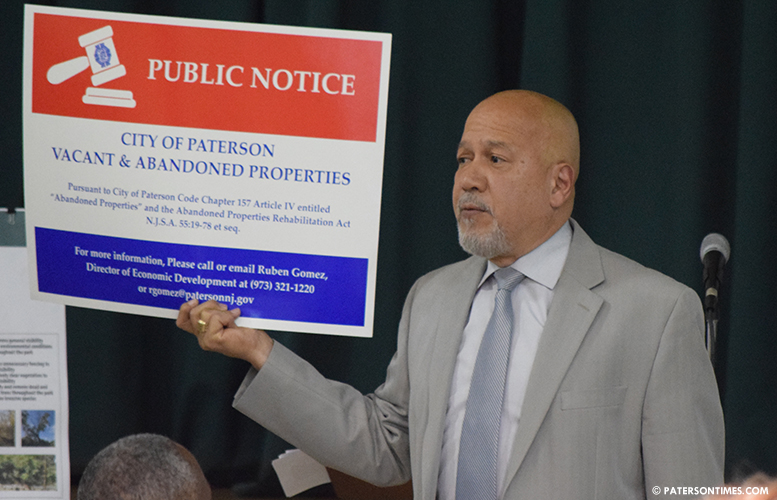 Mayor Jose “Joey” Torres touted his “boards off” program as a way to give local residents opportunities to acquire vacant and abandoned properties that are located in their neighborhoods. His program has largely failed.

Torres’ administration presented a list of 20 properties slated for acquisition by developers. Of the six entities acquiring the vacant properties just one — Haji Naziri — is from Paterson, according to the resolution before the council.

Council members expressed disappointment at the lack of local entities in the program.

“It’s a tad bit disappointing,” said Andre Sayegh, 6th Ward councilman, on Friday morning. He wondered whether the program was properly marketed to local residents. Torres took the program directly to the residents of the six wards through his town hall meetings.

“It fell short of the objective we had,” said William McKoy, 3rd Ward councilman, on Friday morning. “The proposal process was cumbersome.”

McKoy said even developers struggled with the process the city created for proposal submission. Sayegh said there should have been an easier, possibly online, application to streamline the proposal process.

Gomez said residents picked up the forms, but did not submit proposals. There was also the money problem for locals. In a city where household income is a paltry $31,500, according to New York City-based personal finance firm SmartAsset, not every resident is able to submit the $7,000 deposit or show proof of funds to rehabilitate the abandoned properties.

“I’m not a fan of selling the city to people who have money. Their concern is the bottom line,” said Michael Jackson, 1st Ward councilman, on Tuesday night. Gomez told Jackson the city is not selling the properties because it does not own them.

The vacant properties are categorized as abandoned and blight in the city. In this case, the developer’s $7,000 deposit is used to submit papers to the court to take the properties away from their neglectful owners and put them back on the tax rolls.

Gomez said if the owners ends up contesting in court, the acquiring party will have to pay additional legal expenses. The city has hired a law firm specifically for these cases. Once the court hurdle is cleared, the acquiring parties will have a year to rehabilitate the properties, he said.

The council will vote on entering into developers agreements with the six entities on Tuesday night.