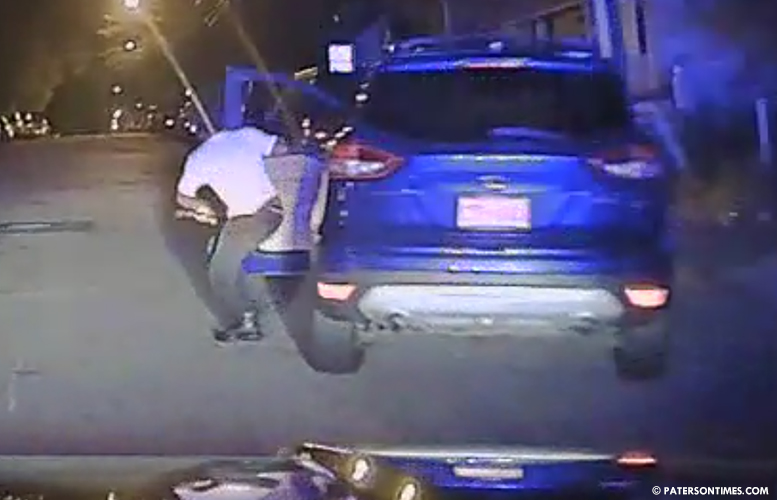 A city man armed with a loaded revolver, driving in a vehicle with headlights turned off, was arrested early Sunday morning following a chase, according to Passaic County Sheriff Richard Berdnik.

Javar Williams, 30-year-old, has been charged with two weapons offenses, receiving stolen property, resisting arrest by flight, and issued six motor vehicle summonses. Williams was pulled over on 7th Avenue at around 3:05 a.m. for driving with his headlights off.

Williams came to a stop, but then turned right onto East 26th Street and tried to flee, authorities said. He stopped at the next intersection on 6th Avenue and allegedly got out of the vehicle with a revolver in his left hand and fled down a wooded path, authorities said.

Authorities said Williams fell and dropped his gun, but continued to run towards Grimes Place and 5th Avenue. Williams was apprehended in the area with help from a police dog handled by officer Keith Heyman.

A 44 Magnum Ruger Super Blackhawk revolver loaded with 3 rounds of ammunition that was reported stolen out of Hamburg was recovered from the scene, authorities said.

Williams was treated at the scene for cuts he sustained from the fall and was later taken to St. Joseph’s Regional Medical Center for evaluation.

“I want to commend Sgt. Priddy and the other Officers involved in making this arrest. Because of quick action, a loaded weapon is now off our streets,” Berdnik said.