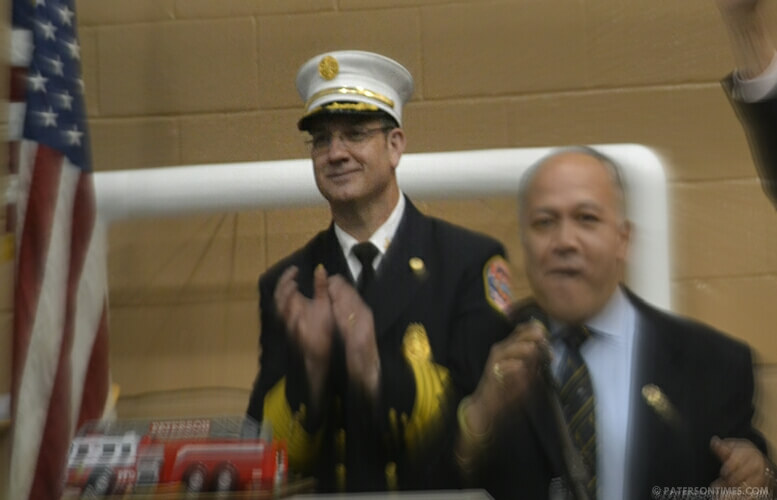 After withholding the names of retiring employees expected to receive large severance pay packages, the city on Monday afternoon released 50 names. Those employees, mostly from fire and police, will receive $4.76 million in severance pay for accumulated leave time.

Fire chief Michael Postorino is expected to receive the largest payout of $232,000 in severance pay. He is scheduled to retire on Dec. 31, 2017, according to municipal records released via an open records request.

Postorino, who has been lauded for his running of the city’s fire department, has been working for the city for 28 years,

Last week, Postorino, 53, said he has yet to make a final decision on his retirement. He discussed a succession plan with council members at a budget meeting. Seven deputy chiefs will take the fire chief’s exam next month.

The second biggest severance package is for police lieutenant Washington Griffin. He is expected to receive $156,750 at retirement.

Fire battalion chief Michael D’Arco, who retired on Jul. 1, 2017, according to city record, is expected to receive the third largest payout of $135,227.

The city is borrowing $5 million to cover the severance payments. Business administrator Nellie Pou provided a list of individuals retiring in fiscal year 2018 to council members on Oct. 3, 2017. Her list did not have names of employees. In the past, the city has provided council members with list of names of those retiring from government employment.

Pou at the time said the list is of anticipated retirements in fiscal year 2018. “We have to plan for it. We have to anticipate the payout,” she said. “That’s why the names are not included.”

Some council members defended the administration’s intransparency. Michael Jackson, 1st Ward councilman, said not disclosing the names of employees on television is a matter of “courtesy” and “respect” for the employees when Luis Velez, 5th Ward councilman, inquired for names.

“Why can’t we disclose the names?” asked Velez.

“Why do we need to know the names? You need to know figures not names,” said Maritza Davila, councilwoman at-large, arguing against releasing the names.

The complete list of employees receiving severance payouts can be found by clicking here.