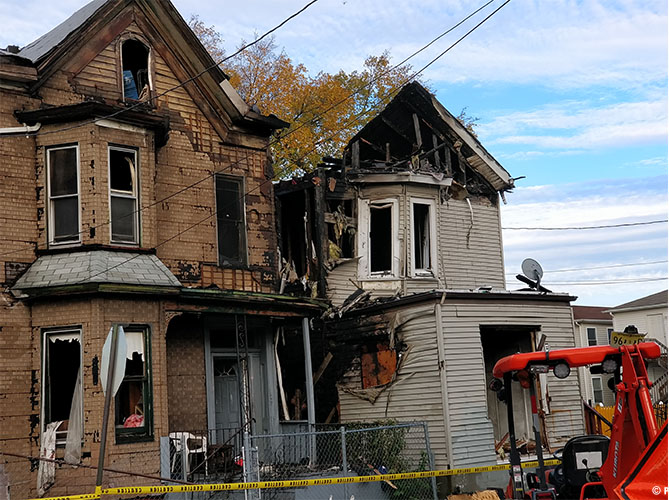 A fire that started in a vacant house on Auburn Street early Tuesday morning spread to an occupied dwelling displacing two people, according to deputy fire chief William Henderson.

Henderson said fire at 34 Auburn Street, a 2.5-story vacant building, came in at 2:04 a.m. He said there was heavy fire in the back of the building. Fire quickly spread to neighboring 36 Auburn Street, he said.

Two people, including an elderly woman who lived in the neighborhood for decades, were displaced.

Henderson said firefighters managed to halt the spread of the blaze.

No injuries were reported.