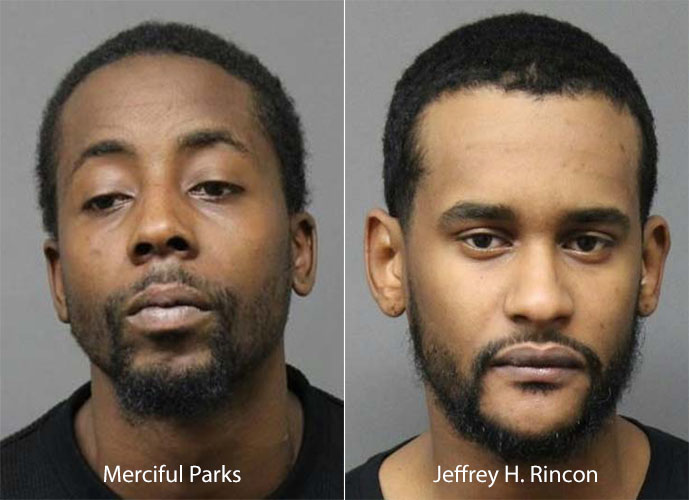 Authorities arrested two men on Friday for allegedly attempting to sell 1,500 individual bags of heroin to an undercover detective, according to the Bergen County Prosecutor’s Office.

Merciful Parks, 24, and Jeffrey H. Rincon, 28, both of Paterson, were arrested on drug charges in the parking lot of the Garden State Plaza Mall in Paramus, authorities said.

Parks and Rincon were delivering 30 bricks of heroin to an undercover detective from the Bergen County Prosecutor’s Office. Detectives seized the heroin valued at $10,000 on the street. Authorities said Parks also had small amount of marijuana in his possession.

An undercover detective purchased several bricks of heroin from Parks in October and November. On Friday, the detective made arrangements to buy 30 bricks from Parks.

Rincon was charged with second-degree possession with intent to distribute heroin, authorities said. He had an outstanding arrest warrant for an unrelated offense.

Both men are being held in the Bergen County Jail pending court appearance.